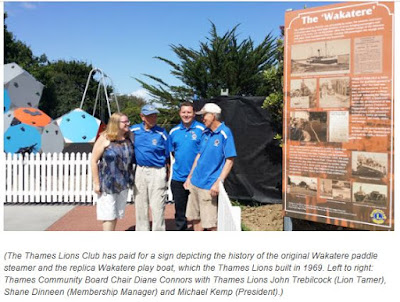 It was with much sadness that Thamesites watched their beloved Wakatere playground ship demolished at the end of 2016. Efforts to save it put aside when it was discovered it contained asbestos.

The Lions club have erected a large memory board to allow the Wakatere to live on at the Porritt Park Children's Playground, Queen Street, Thames. The sign is located north of the toilet block and at the southern end of the new skate park area. 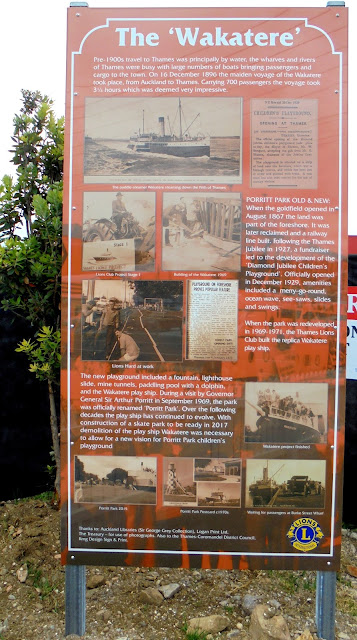 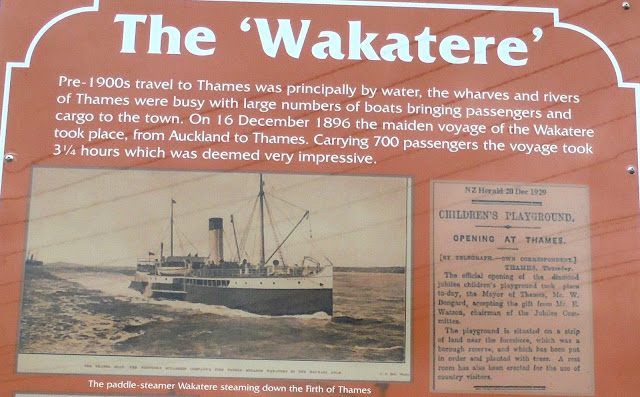 Special thanks to the Thames Lions Club, for another wonderful heritage sign.
Further information on TCDC development of the playground area at TCDC news.﻿
Posted by Althea at 2:23 PM