In recent weeks I have heard from several people asking about Tararu cemetery, so thanks to Dave for climbing the hill and getting these great photos.

In past years accessibility was challenged due to slips, but steps are in place to still allow access to the hillside graves. Remember if you need any burial or monumental inscriptions, these are available in the first instance from TCDC, in Thames at The Treasury and Library, as well as on fiche at many public libraries 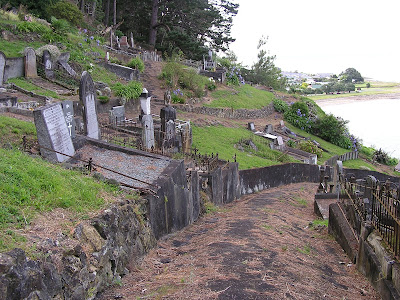 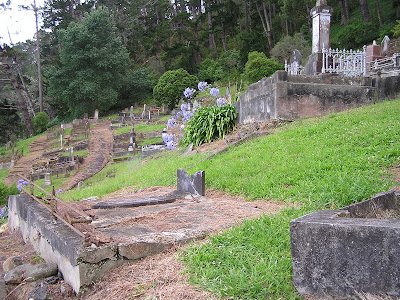 Interesting to note that in 1874, it was noted that very few burials were taking place at Tararu. Given that the majority of the population were some distance away, this is not surprising. Remembering the logistics of getting to Tararu from Shortland or Grahamstown would have been daunting for even the fittest of funeral processions.