While reading Meghan Hawkes' new blog on the first year at the Thames, it was of interest to see a portrait painted by my father Doug Barker many decades ago. Not many people have known about this special painting, as the numbers of Hui Mai players pass with each year.

The painting was done for the husband of Doug's niece, and portrayed an ancestor of her husband Bob. The Hui MaiRugby Club team were playing an important match against the Whakarewarewa Rugby team from Rotorua. The painting was done on a large piece of wood intended for a door, as Doug was a carpenter by trade. Bob put the painting up as the trophy for the event, but sadly the team lost and the painting/trophy headed to the Whakarewarewa Clubrooms. The Hui Mai Club ceased to exist and the trophy was not replayed for.

Bob and members from my family visited the rooms over the years, sometimes with the intention that the painting could find its way back home. It was noted the the 'Chief' was in a special spot by the stage and was used as the backdrop for many prizegivings and events. It is only in more recent years that members of Ngati Maru rediscovered the painting and were making moves to have the painting returned. Whether this has happened, I am not sure? 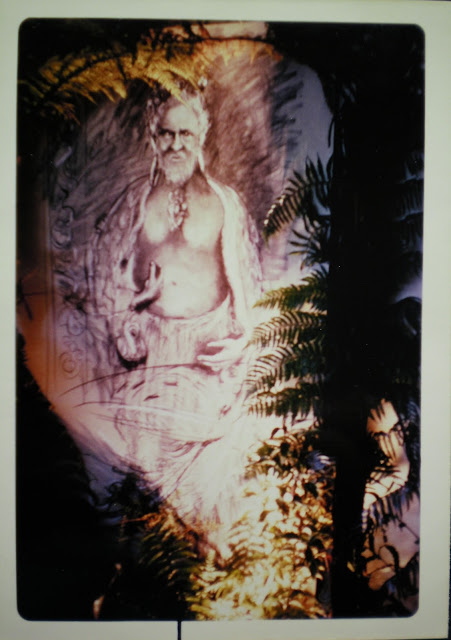