Something a little different for us to consider - two glitter postcards are my latest find. I wasn't sure if they were real or not, in the sense of being a professionally produced postcard, but having received the cards they are definitely genuine (and in mint condition). 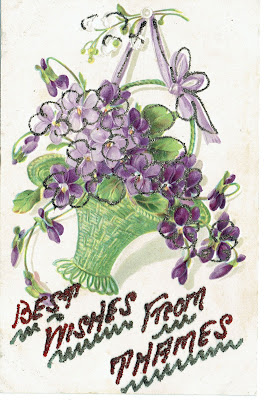 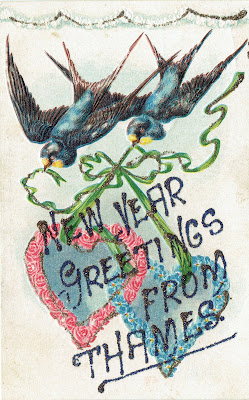 The cards have been written by 'Harriett' to her dear friend Ruby Milne of the Waiotahi.

"Dear Ruby, I received your kind ? welcome PC & was very pleased to get it.  The reason I was so long in answering it is because my father is not at all well again. Well I tried to get that PC that you ask me but I could not so I thought you would be just as pleased to get one of these sort.
I hope to get one from you by Monday you don't know how I look for the postman on a Monday.  So don't forget Remember me to all at home,  Hoping to see you down our way again soon,
from Harriett." (Top left card reverse.)

On the second card (top right), are the clues that give Ruby's address - Mrs J Milne, Waiotahi, Thames. It also provides us with the approximate date of after 1907, as the one penny red universal stamp was used. Part of the date stamp is visible, and the card to Ruby was posted in Thames. While this may appear strange, it certainly isn't uncommon and I have struck before the instance of people in Thames writing to one another.

Harriet wrote on the second card:
Dear Ruby, You will think it a  longtime since I sent you a post card.  I was going to send in before this but its better late than never,  I hope you will all get this one allright.
Hoping you will send me one soon."

What can the cards tell us in terms of genealogy research? Who was Ruby Milne?

Mrs Ruby Milne nee Given was married to William Henry John Milne in 1906, they went on to live up the Waiotahi for many years. Mr Milne was a soldier during World War One. 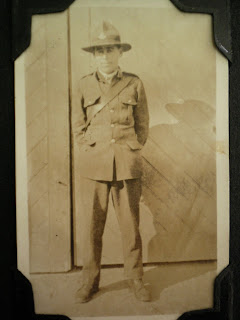 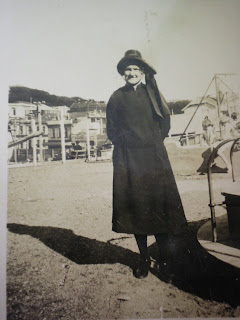