Thanks to the photography of Mr W H Bell, and the Auckland War Memorial Museum Collection, we are able to see what it was like to be working at A & G Price in 1906. 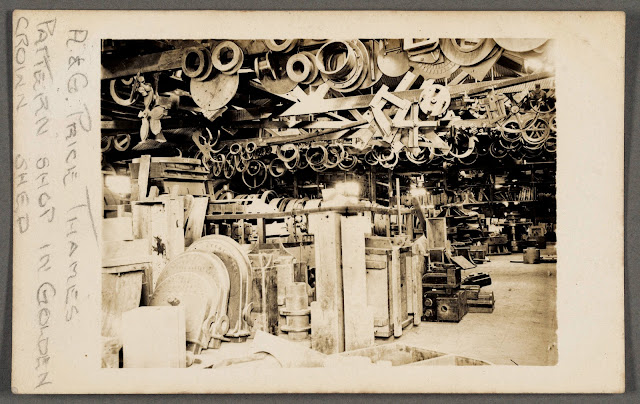 "A &G Price Thames Pattern Shop in Golden Crown Shed"
Written on verso "I'll be writing to Hill sometime within the next month about that favourite topic of his [addressed to] Mrs W. Goldie Pakatoa Is. Auckland"
Source: Bell, F. E., photographer,ca. 1906,PH-1995-18-4 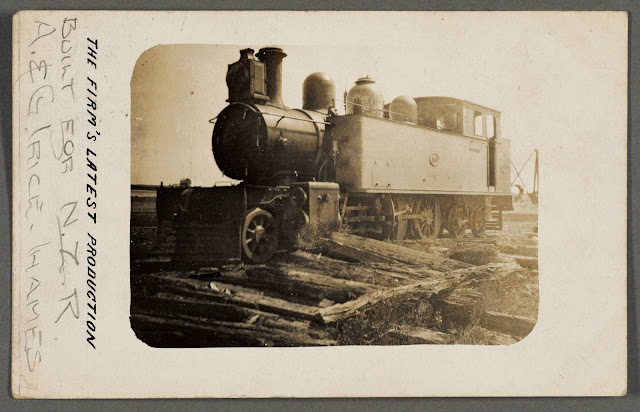 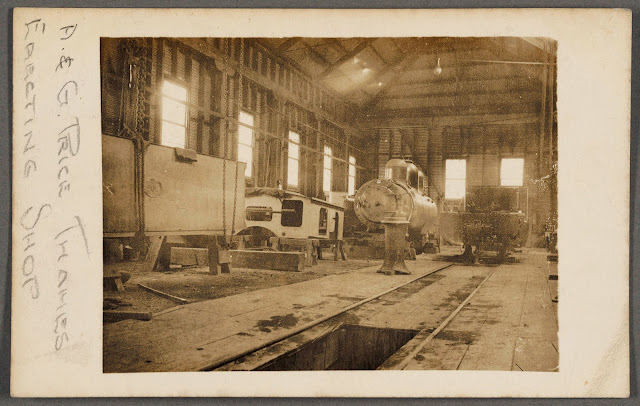 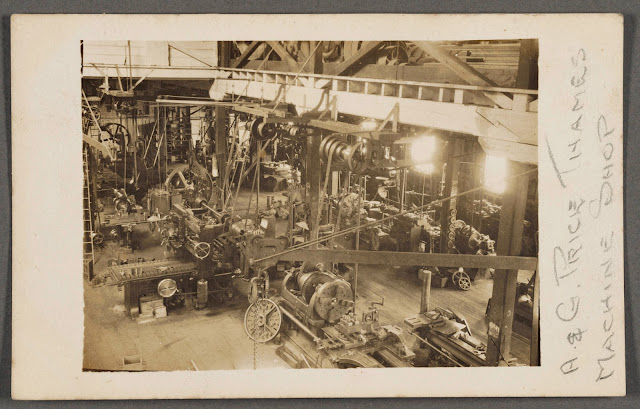 "A &G Price Thames Machine Shop"
Written on verso "I am sending you another batch of card of my own manufacturer [addressed to] Mrs W. Goldie Pakatoa Is. Auckland"
Source: Bell, F. E., photographer,ca. 1906,PH-1995-18-5 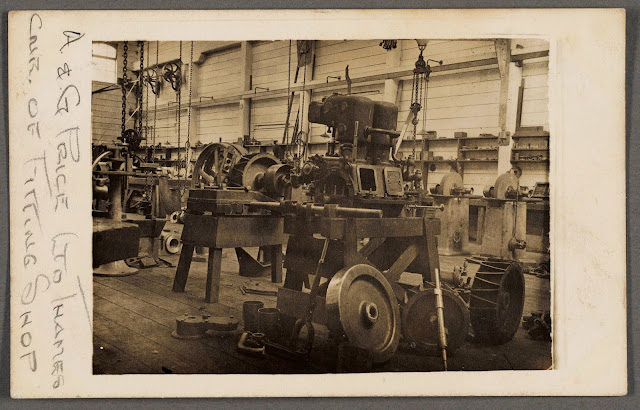 Below: a close-up from the postcard above.

Who was Mr BELL?
In the source record, the photographers name is given as F E BELL, BUT on the reverse side of the postcards it is noted as an addendum that the photographer is Mr F H Bell, and the cards are addressed to his sister Mrs W Goldie.

Frank Hamilton Bell, the photographer who took the above photos worked at A & G Price and lived in the Owen / Queen Street area. Bell is interred at Totara Cemetery, Thames. 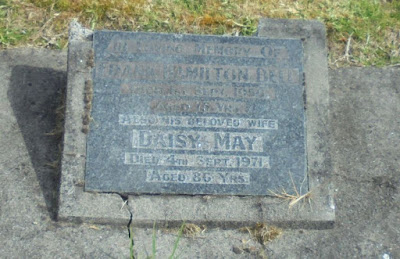 Further information on Mr Bell is available in the Thames Star at Paperspast:
Involved in Steam Bus development 1931.
Posted by Althea at 9:38 PM