Thames (NZ): Then & Now Burke Street and the Foundry

What a difference one hundred years makes! An iconic Thames corner - the intersect of Burke Street (running to the water top right) and Owen Street (left) and Golden Crown Street (right) under the aqueduct structure. Now this section of the road is named Brown Street until it reaches Burke Street, then to the north the small section of road is labelled Owen Street. 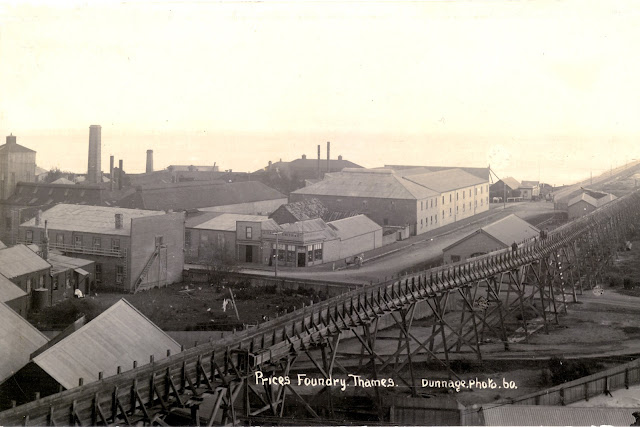 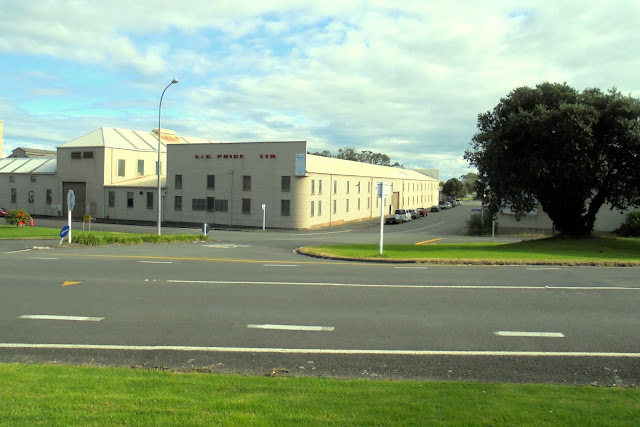 The shop on the corner of the street is J Hague Smith & Co, a large hardware business with branches at Paeroa, Waihi and Netherton.  They later went on to have a large shop in Shortland south of the Hotel Imperial (where Mitre 10 is today).

The business had been started by Mr John Hague Smith, who came to the Thames in 1874. Initially working for hardware merchant Mr Stone.

Hague Smith passed away at Paeroa  1 April 1916 and was interred at Tararu Cemetery. The business carried on for many years. 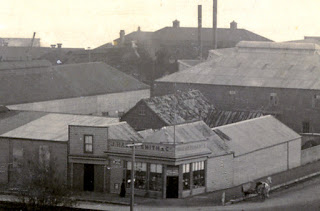 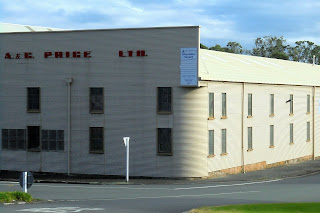 While we usually dismay at the lack of traffic and people in our old Thames scenes, we are in luck with this old Dunnage postcard No 60. Mr Dunnage was a Bookseller and Stationer, and published a large number of cards during the 1910s. A reader, has recently explained how this lack of people occurs due to the exposure time for many early cameras - so anything moving can simply occur as a blur if movement occurs during the time the image is being captured.

In the photo above left, a horse and cart appear to be waiting patiently for the customer within Hague Smith's hardware shop. More excitement when the rest of the photo is examined, and the Burke Street and wharf area is awash with activity! There are two horse and carts by the Harbour Board Office at the corner of Beach Road, along with two cabs, who's passengers are no doubt catching the next ship to Auckland. Plus we have some people walking along the aqueduct or are they disposing of mine tailings. A reminder to always looks closely at the photo and see what wonders are hidden beyond the first glance. 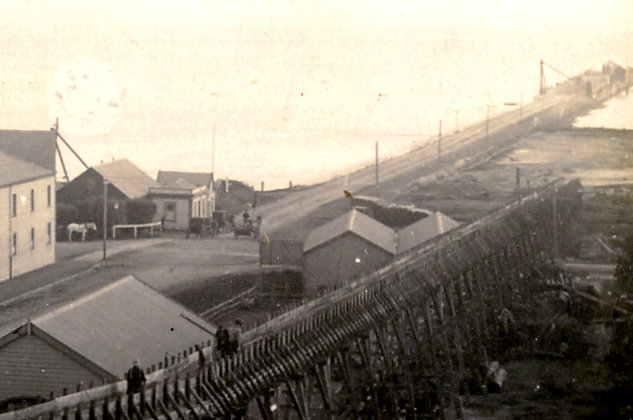 ABOVE: A closer look past A & G Price Ltd to the Beach Road intersect.
Posted by Althea at 6:28 PM