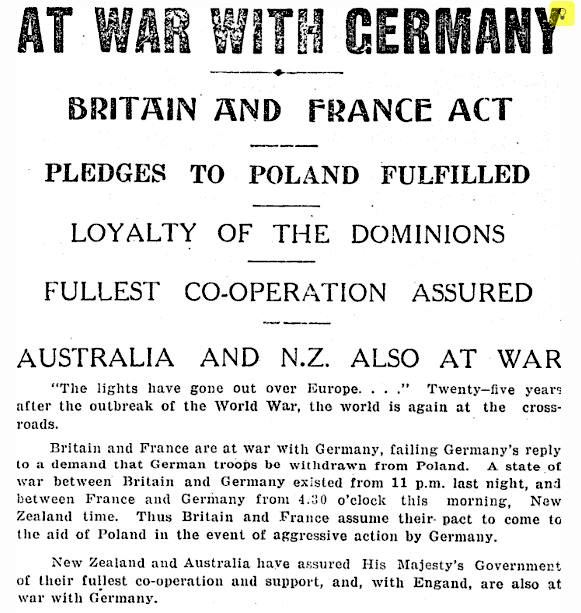 Soon, recruits would be signed up and large numbers of men from the greater Thames Valley would be preparing, training and heading off to the war in Europe.

*****Does anyone have any photographs of Thames during World War Two?
Soldiers leaving, Welcome Home events, fundraising galas, parades and later VE and VJ celebrations. Drop me a line if you can help. *****