Lost Landmarks are something we often remark on. Without doubt one of the most popular and loved landmark of recent times was the Popeye figure that was in the house-window at the north corner of Whakatete Bay, Thames Coast.

In the last year for instance, whenever there is a flood, people ask, "What's it like at Popeye's Corner?" Sadly this corner takes a battering and it is not uncommon for the sea surges to cover the road.

On a happier note, children (now adults) recall that a trip down the coast was never complete without a glimpse at "Popeye" waving in the window, and if you were really lucky the owner would also be present beside the cartoon icon!

Times change, the ownership has changed and all signs of 'Popeye' are gone, but the name and memories remain!

BACKGROUND:
The man behind 'Popeye" was Mr (Lewis) Milton Wood, the son of Claremont (Clarry) Africa Wood, and grandson of William Wood, an early shopkeeper on the Thames Goldfield.

Milton attended Tararu School for a short while, before leaving for Auckland in 1902. He was a soldier in World War One (#74259), a letter carrier in Devonport on enlistment. He was part of the 38th Reinforcement Medical Corps that left on the Remuera 5th June 1918 for Liverpool, England. Wood was finally discharged 24 October 1919, after having served in New Zealand and overseas.

Sadly Private Milton Wood, is yet another WWI soldier we have not included previously in the Thames Register, if anyone knows of any others, please can you let me know, or contact Kae via The Treasury.

Mr Lewis Milton Wood passed away 23 August 1991 at Thames and has a plaque in the RSA section of the Totara Memorial Park Cemetery.

Out of interest, just north of the main section of Whakatete Bay where Mr Milton Wood lived, was Wood's Bay. The family owned houses in the bay, and hence the small beach and cove became known by the family name. 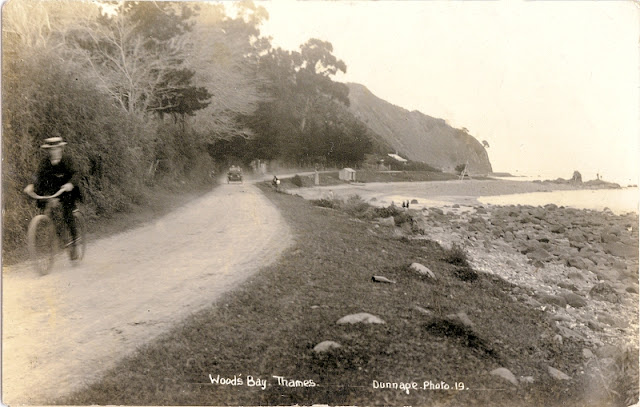 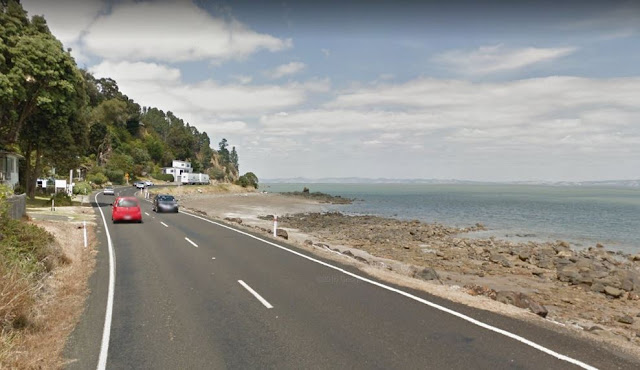