PICTORIAL HISTORY OF THE HOUSE OF HOTUNUI
Location: Corner of Fenton and Bowen (aka Rolleston) Streets, Thames
Built: 1875-1878
Officially Opened: 19 September 1878
Moved: 1925 to Auckland  On Display from: 1929 (Dedication 29 November 1929)
Present Location: Auckland War Memorial Museum, Auckland
Background: "Hotunui is the great meeting house of the Hauraki peoples. Built as a marriage present by the Ngāti Awa tribe, Hotunui once stood at Pārāwai near Thames, where this photograph was taken. It is now held at the Auckland Museum."
Source: http://www.teara.govt.nz/en/photograph/756/hotunui-meeting-house﻿ 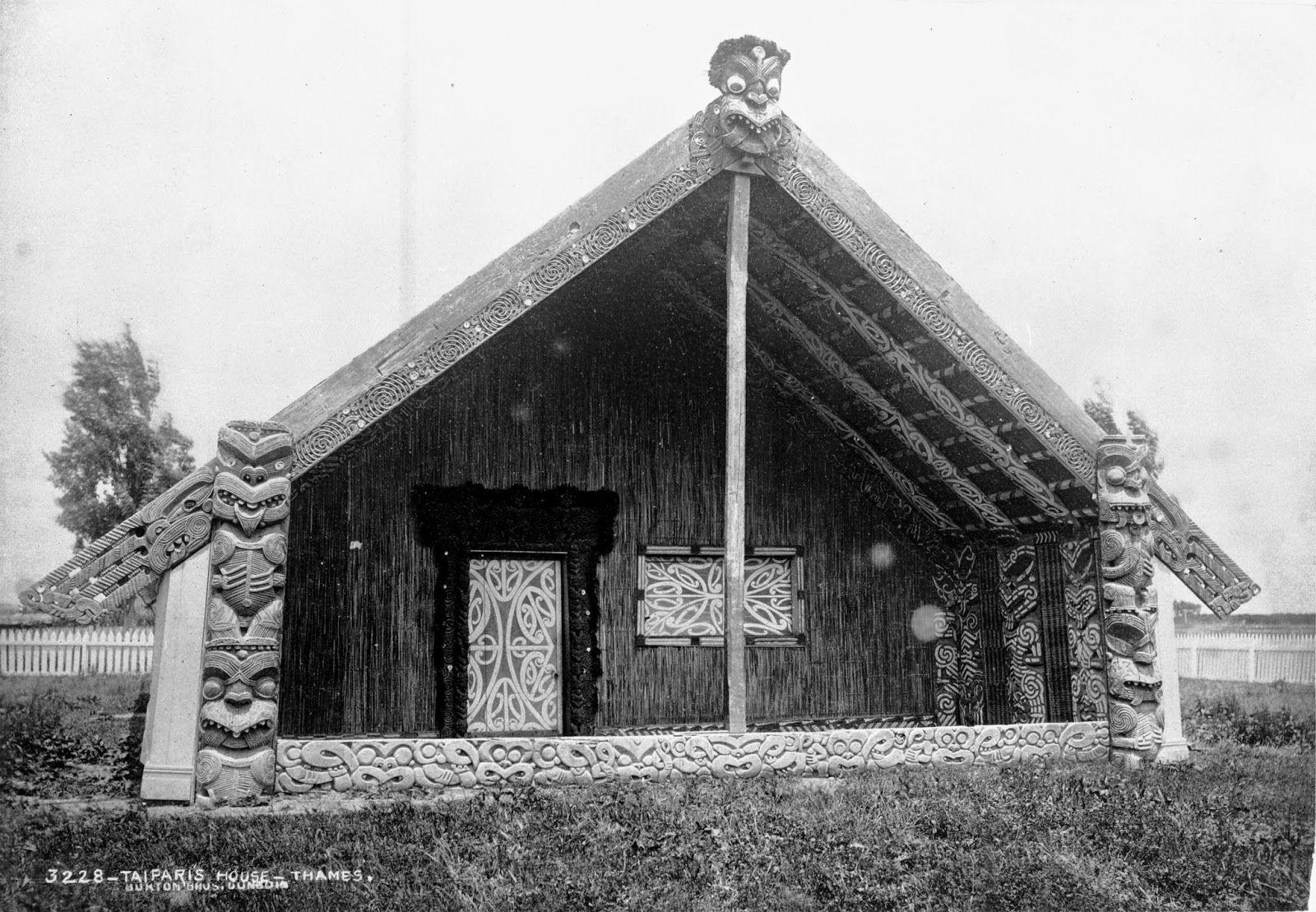 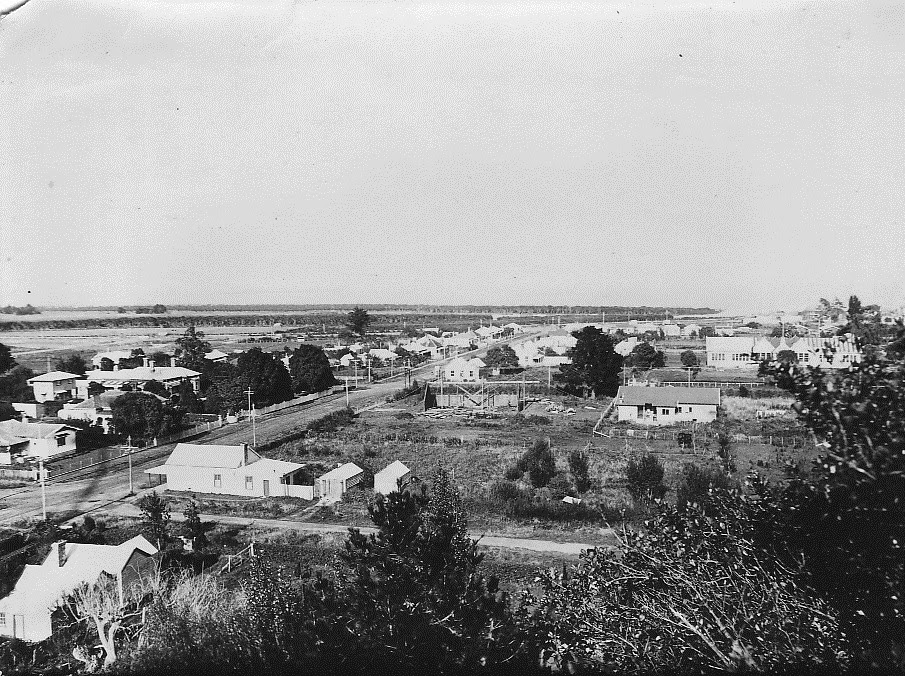 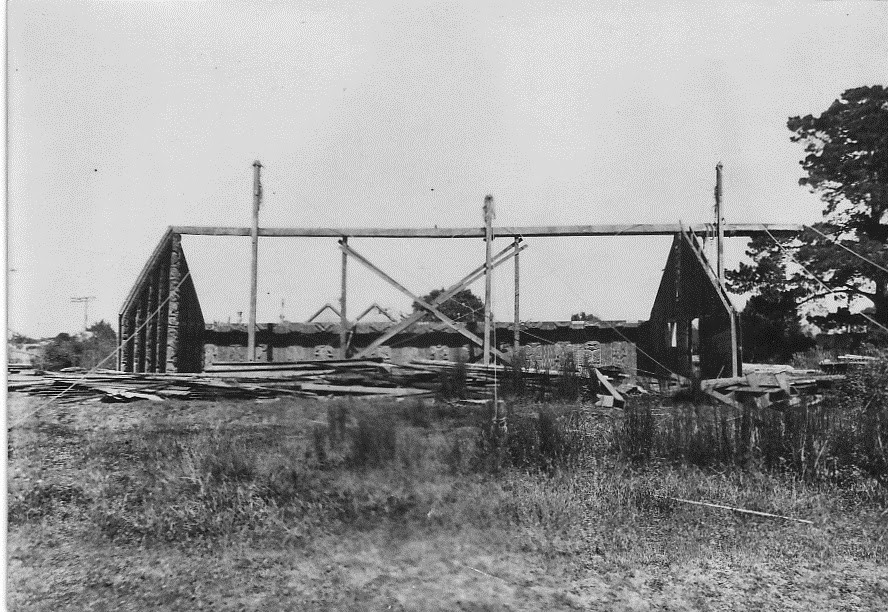 Source: M Cunningham Collection, The Treasury
NOTICE OF DEDICATION 1929
A full description of the opening dedication for the meeting house is in the Auckland Star, 29 November 1929, Page 8. Part of it reads: This morning's ceremony was really the Maori part of the opening of Auckland's splendid memorial, and it was most fitting that our native friends should carry out things in their own way. Of late years they have been looking more and more to the museum as the natural treasure house for their heirlooms; they realise that in the museum's safe keeping the remains of their art and culture are not lost, but preserved for both Maori and pakeha. "Haeremai!" 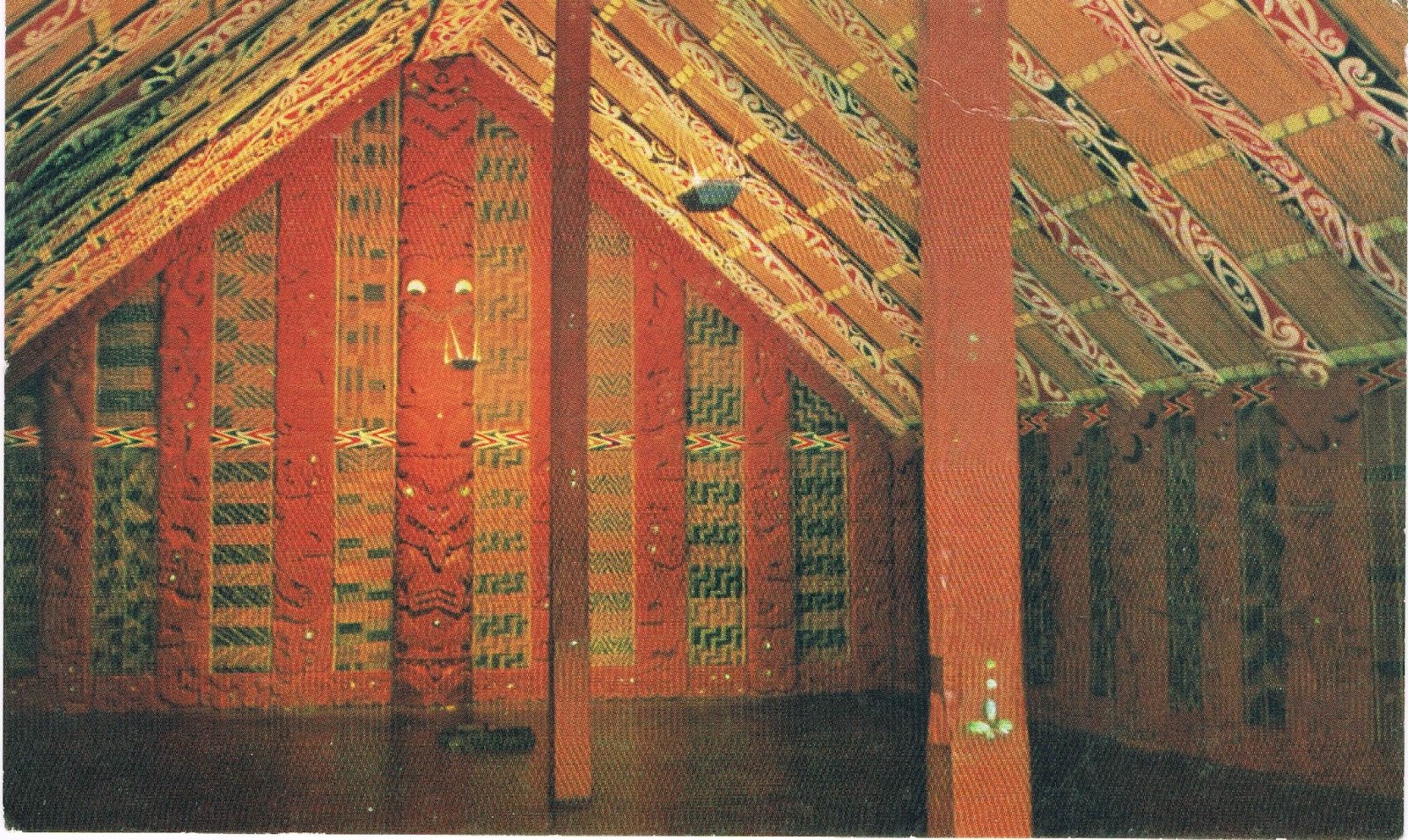 The two photos above are old postcards of the House of Hotunui, at the Auckland War Memorial Museum.
The inscriptions on the back read:
Left Postcard: Hotunui: A meeting house for tribal assemblies and the entertainment of guests. Named after the ancestor of Ngati-Maru people of Thames.
Right Postcard: Interior of the Meeting House Hotunui: Lighting used to be from fires on the floor, and these would have cause the paua shell eyes of the carved figures, which represent ancestors, to gleam in the flickering light.
Further information: Link to Auckland War Memorial Museum
Details of restoration work 2013 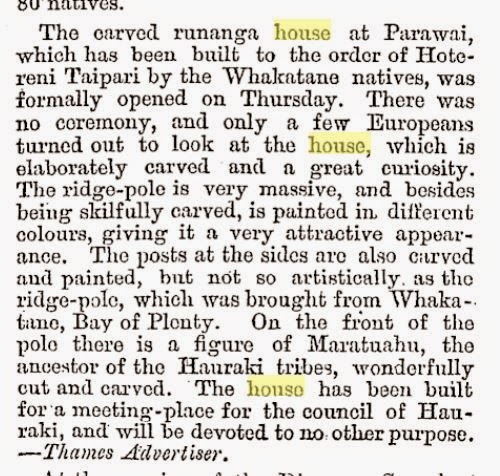