ENTRANCE TO THAMES VIA THE KAUAERANGA RIVER.
The Thames railway line officially opened 19 December 1898. The bridge however was built many years before the 1898 opening.  For instance, in 1897 Mr W Causley who had the Riverside Nursery, gave his address as the Kauaeranga Railway Bridge, Thames.

The Kopu-Thames section of the railway had been completed c 1881, but needed alterations by the time the full opening came in 1898. Sometime during this period the Kauaeranga rail bridge was first constructed. August 1898, the Thames Star reports that progress was going well with the Re-erection of the Kauaeranga rail bridge - this assumedly was to meet the new rail requirements. They had stripped off all the old timber and replaced many of the old pilings. 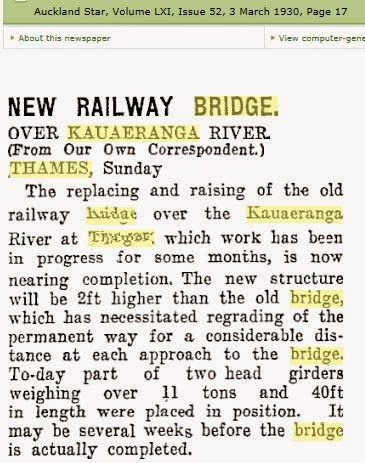 The Bridge over the Kauaeranga River adjacent to the rail bridge was built in 1924, following the loss of the old bridge at Parawai in the 1924 storm. Thankfully work had already started on the bridge to give a more direct entry into the town, so when the flood and destruction of the old bridge happened, there was a rush to complete the new Bridge! (Auckland Star 15 July 1924) 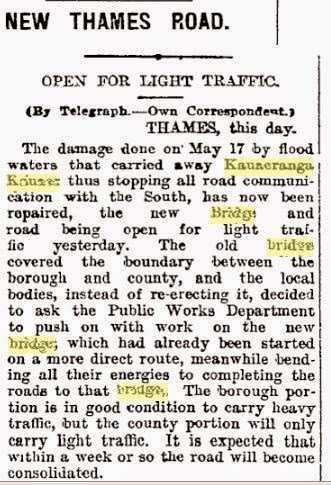 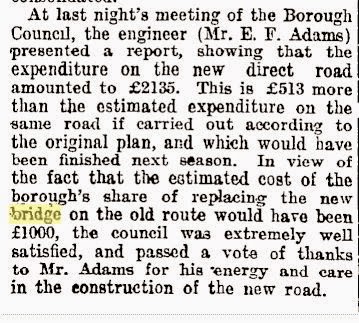 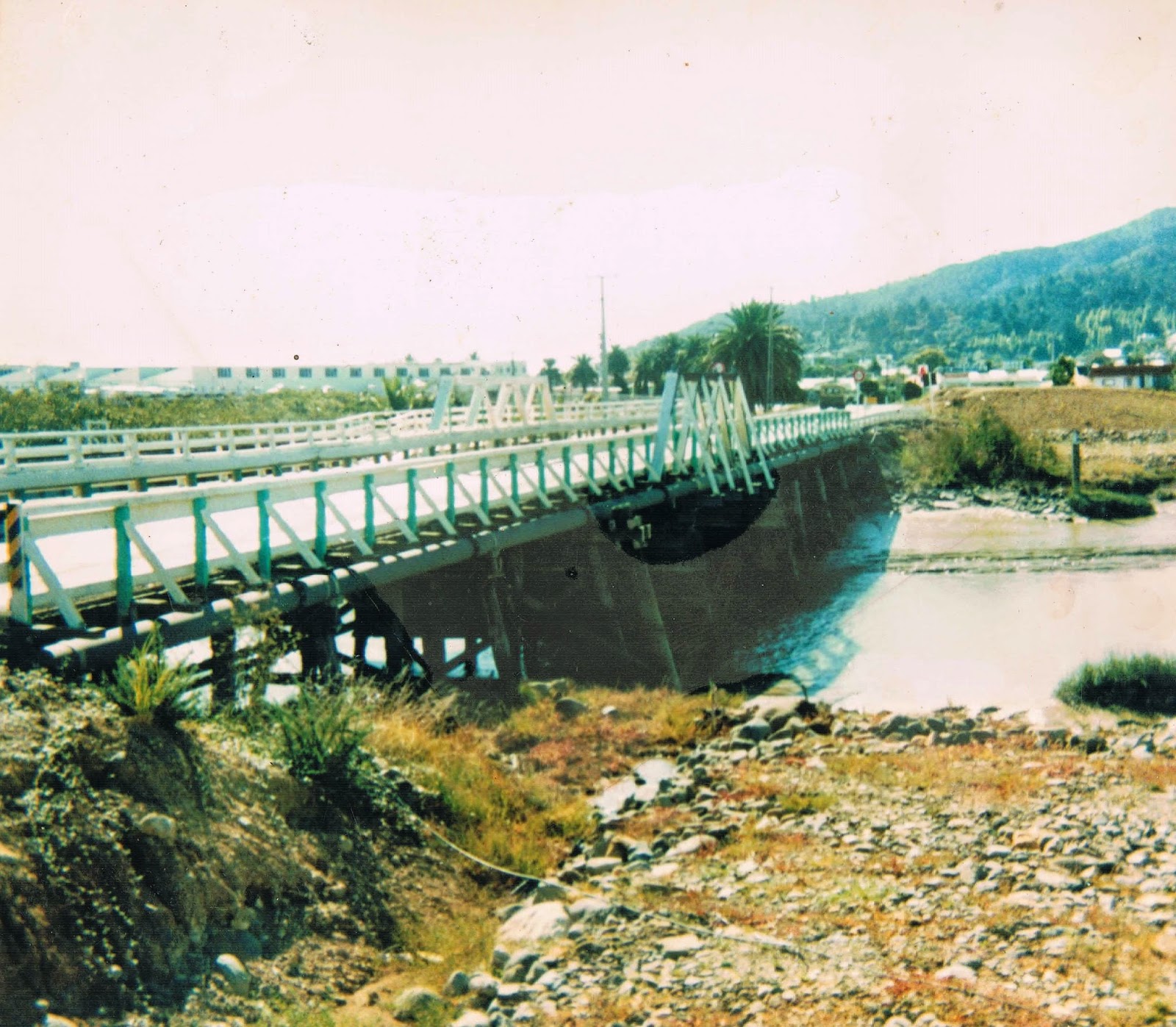 In December 1989, the wooden bridge was demolished - replaced by a new and higher concrete bridge. 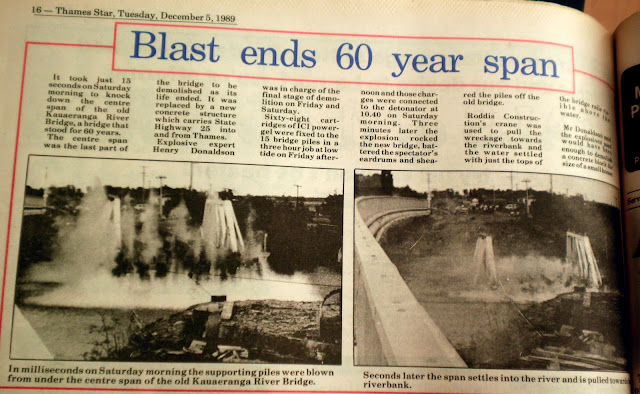 Further information:
There is an article on the first Thames Parawai bridge in The Treasury Journal by D Wilton.
Posted by Althea at 3:14 PM