The Warwick Arms Hotel opened in 1868 at the corner of Grey & Pollen Streets.


Over the years there were many repairs and minor alterations, often following requests for the renewal of license. Then in the 1950s major renovations took place. Details were given in the Thames Star 19 June 1952. (notice below right) (Part of the planned building alteration are below left - Source TCDC online consent service) The hotel was one of six Hotels that continued trading after 31 March 1951, following a Licensing Commission review of premises in Thames.
The Thames Star reported 25 May 1953, that the hotel had been renovated and was reopened for business. It described the Warwick Arms Hotel, as now a modern hotel that the town could be proud of. Noting that the present hosts, Mr and Mrs R L Harvey had been running the hotel for the previous 32 years. 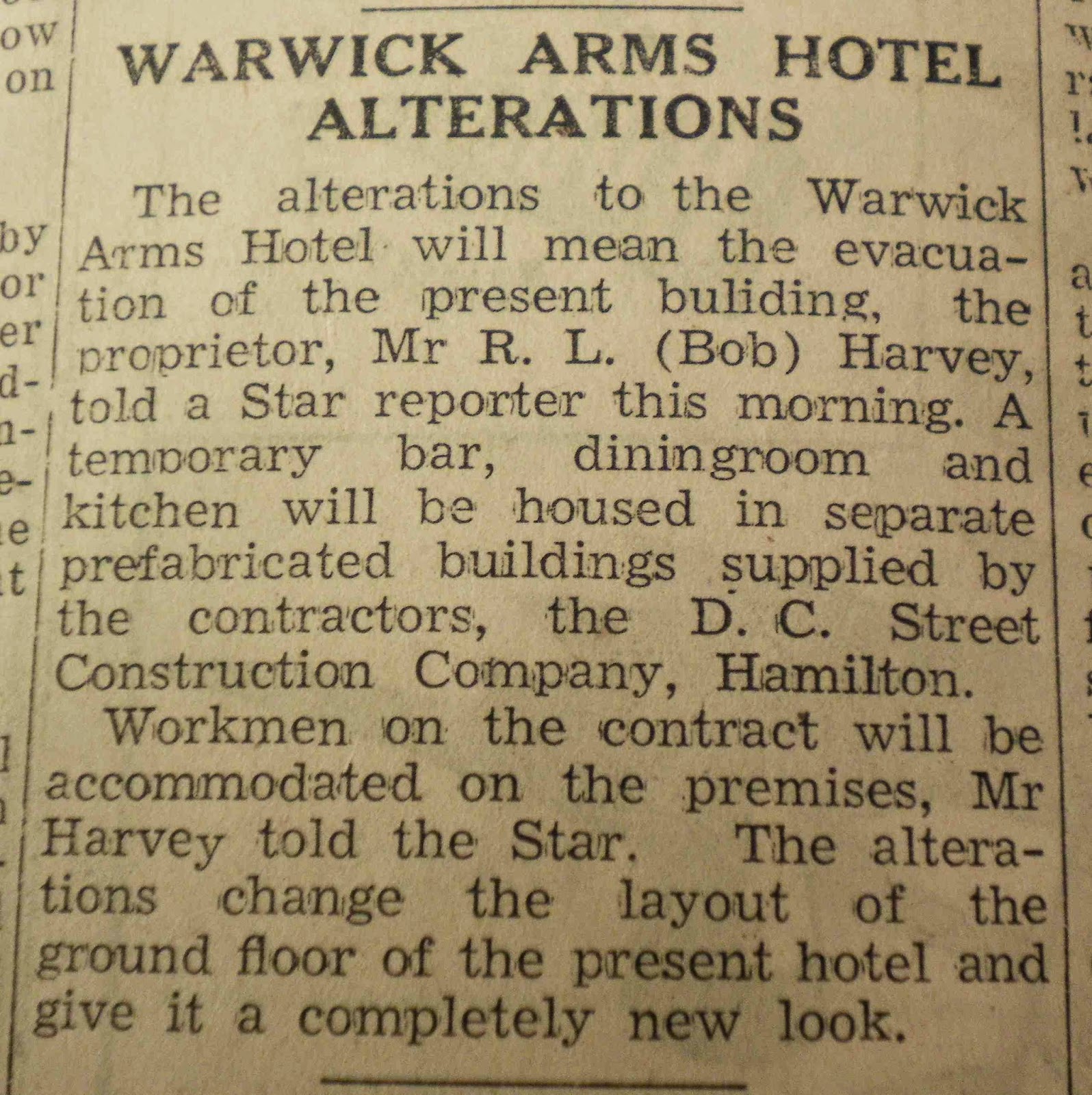 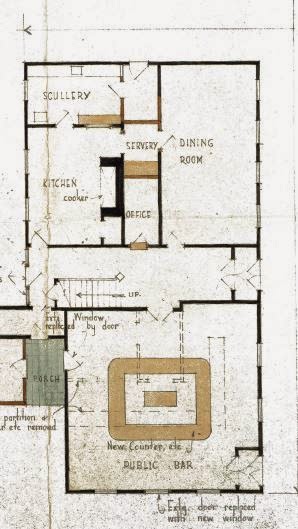 The hotel was known to many as the fishermens' hotel, it was located close to the Shortland Wharf and fisheries. No pub crawl was complete without a start or finish at the Warwick Arms Hotel. 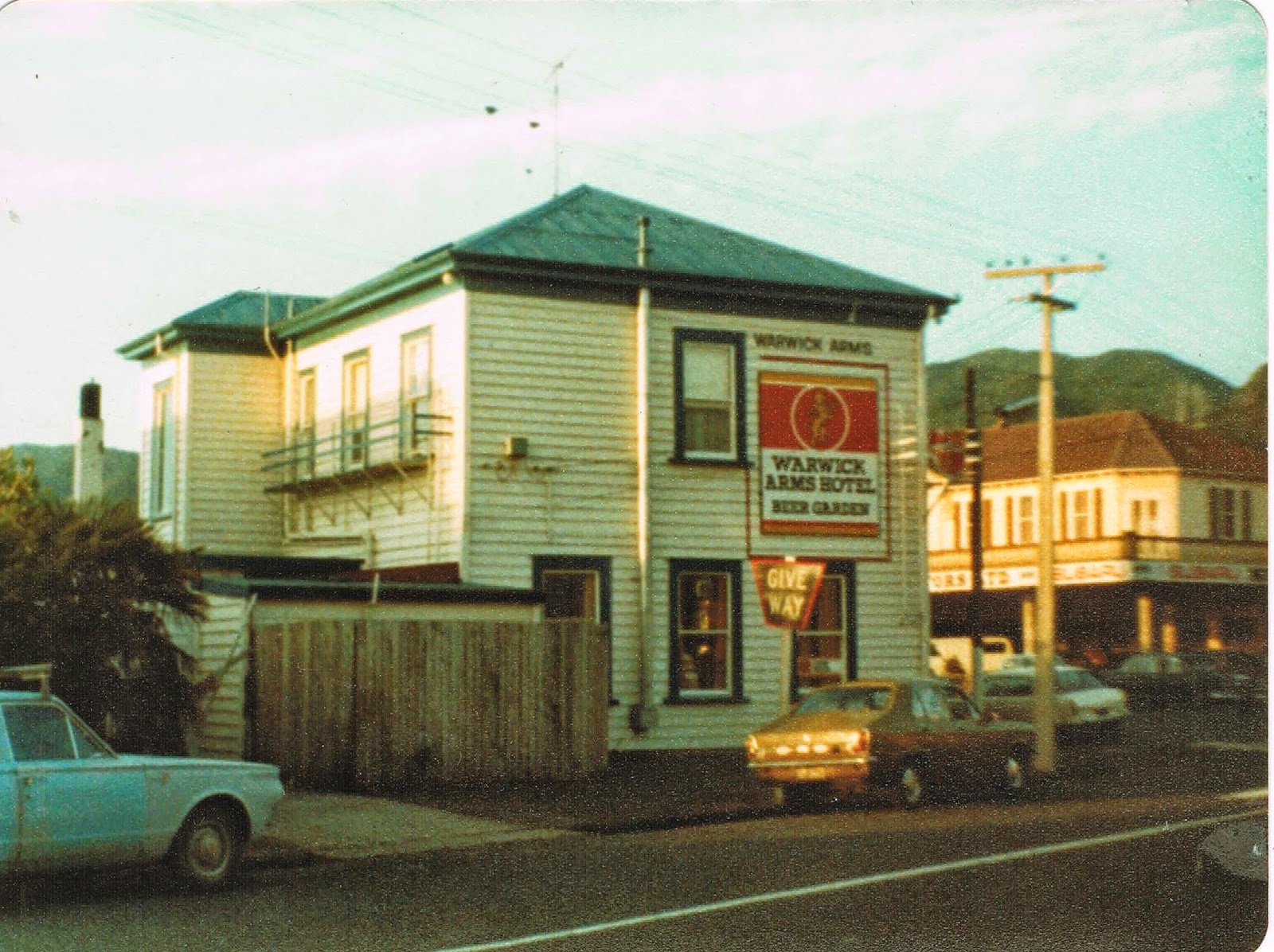 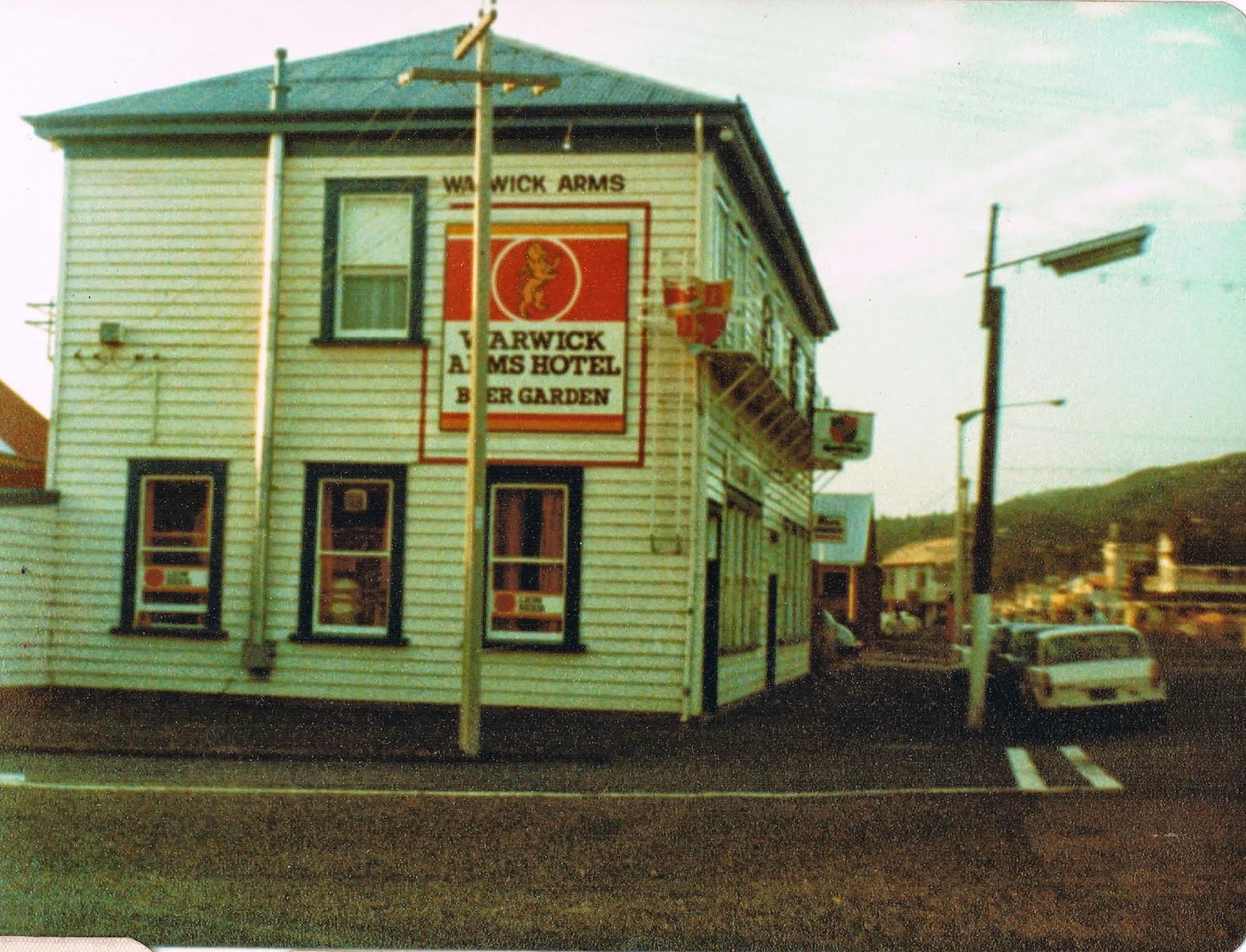 Above: Two views of the hotel c1970s.
In 1986 the Thames Coromandel District Council (TCDC) issued apermit for the demolition of the old Warwick Arms Hotel. The site would then be used by Mike Saunders Motor's Ltd. (current google maps view below) 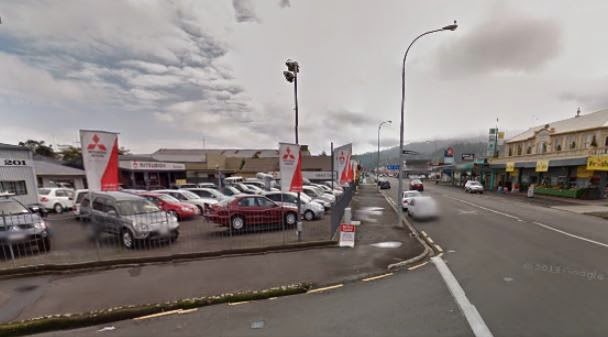 Does anyone know exactly when the hotel closed it's doors in Thames and who was the publican at the time??
﻿
Posted by Althea at 6:33 PM