Two previous blog posts have looked at the shops at Fenton Street, Thames. The 1951 view was explored, along with the first shop in 1895 that belonged to Mrs Grubb. In later years the shop at the east end (nearest to Heale Street) was Arnott's IGA Store. You could buy a good range of groceries and fresh fruit. 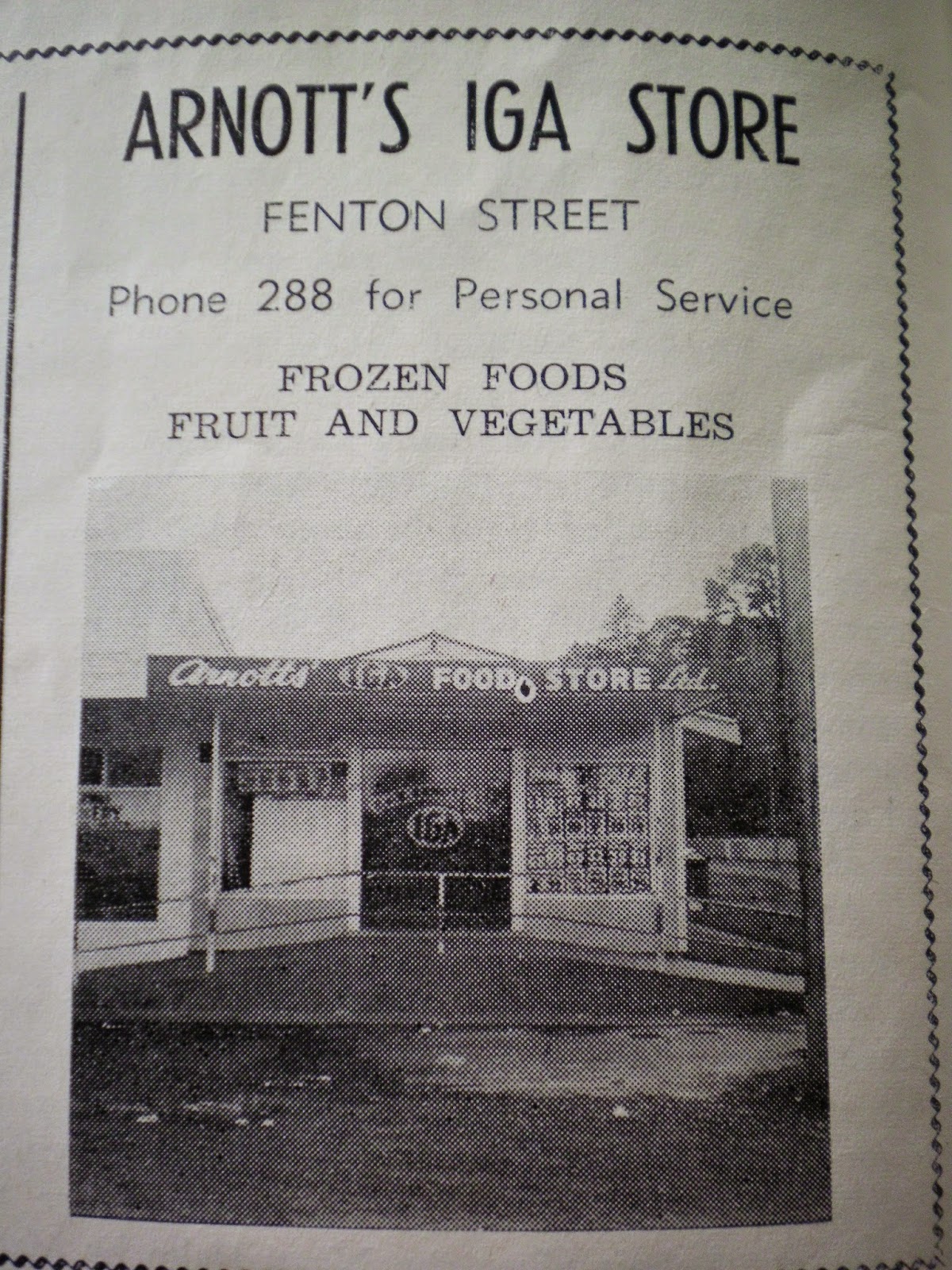 1967 - Arnott's IGA Store at corner of Fenton and Heale Streets, Thames
Source: Thames Goldfields Centennial 1867 to 1967
Below: The corner today, the buildings are now private residences.
The other Arnott's store was located on Mary Street, operating as Arnott's Wholesale. This was located where the present Thames Birthing Unit is today, opposite Thames Hospital. 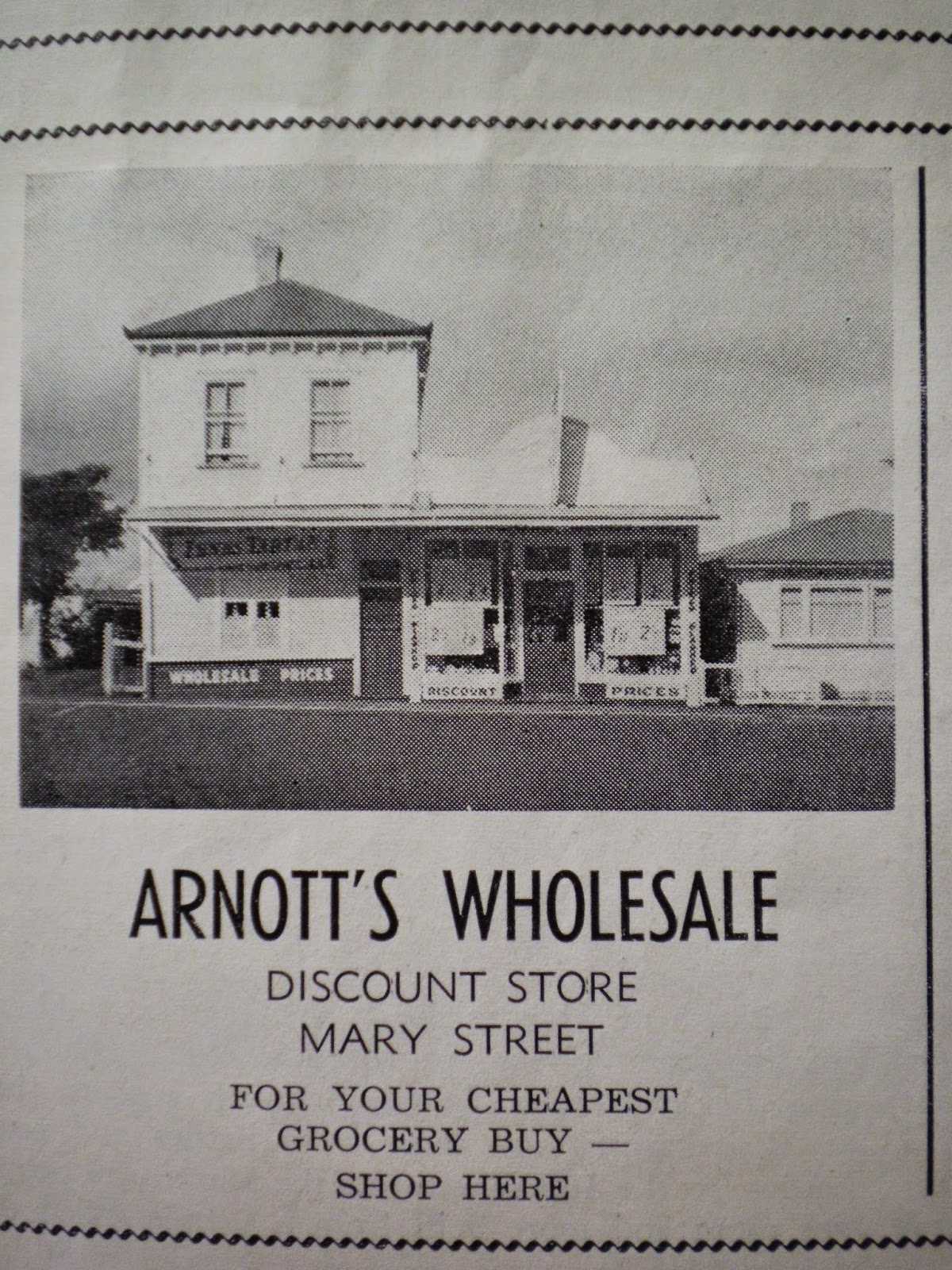 1967 - Mary Street, Thames
Source: Thames Goldfields Centennial 1867 to 1967
Below: The Thames Birthing Unit on the site of the Arnott's Wholesale shop.