Somethings never change on the Thames Goldfield. Last night, Wednesday 11 February 2015, there was much speculation about the flash of light and the enormous boom that shook the homes of the residents of Thames. We rushed out on the street to see if everyone was alright. Thanks to social media, we soon learnt that it was probably a meteor that entered the Earth's atmosphere sometime around 10pm.

These events were almost regular for the early pioneers on the goldfield, as reports in the Thames papers give testimony to these sightings. A selection are included below. 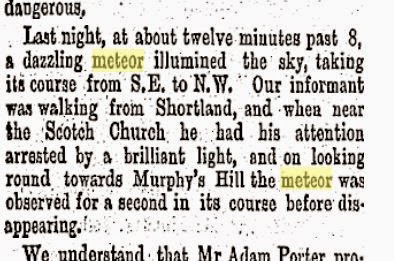 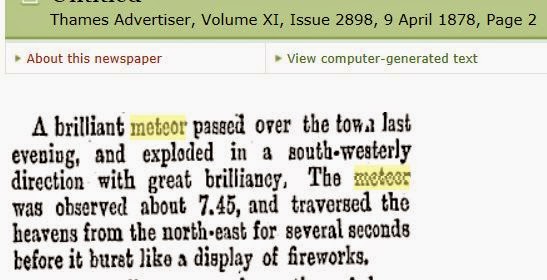 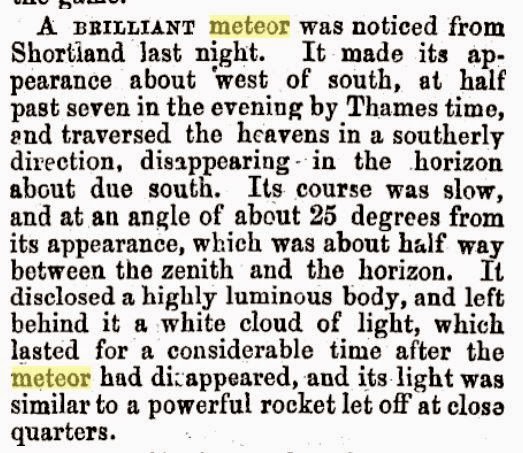 Thames Star 12 June 1877
Thames residents were fascinated by these events. No doubt because of the enthusiasm of the local scientific community, of which there were several great names on The Thames. One such man was John Grigg. Local music shop owner, music teacher, composer and world renown astronomer. Thames pre 1900, was a place of learning and the community relished evenings where academics would speak on 'worldly' or scientific subjects. Places like the Academy of Music and other halls would be full of eager folk, wanting to learn the latest thoughts and news. 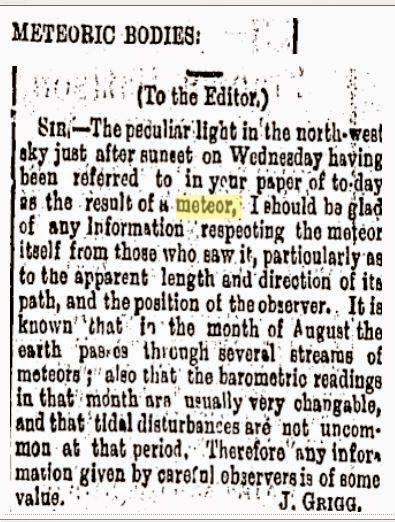 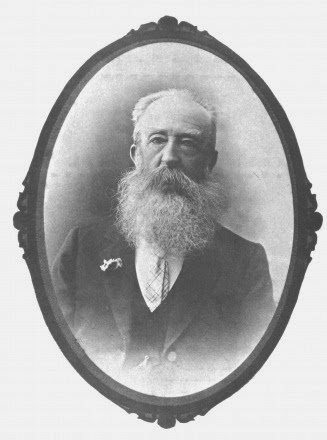 In the Thames Advertiser 14 August 1891, Grigg wrote to the paper, requesting any further information on the latest meteor that had been sighted by the residents of Thames.
There would much more excitement in the skies over Thames - thanks to the work of Mr John Grigg. But that will be kept for another story. In the meantime, a full obituary for Mr Grigg appeared in the Thames Star 21 June 1920 for those who would like to know more about this important man in Thames history.