In the near future, when I complete work on the nurses' of Thames Hospital, the next project will be...

A nurse who trained at Thames Hospital and registered in July 1932, died in a POW camp in 1945 - GLADYS LAURA HUGHES, Registered Nurse No 7365.
Lieutenant Hughes' service number was VFX61331, in the Australian Army (Unit: 113th Australian General Hospital AANS)
Date of death: 31 May 1945  Place of death: Sumatra, Indonesia Cause of death: Illness

"She was one of sixty five Australian nurses and over 250 civilian men, women and children evacuated on the Vyner Brooke from Singapore three dyas before the fall of Malaya. The Vyner Brooke was bombed by Japanese aircraft and sunk in Banka Strait on 14 February 1942. Of the sixty five nurses, twelve were lost at sea, twenty two survived the sinking and were washed ashore on Radji Beach, Banka Island, where they surrendered to the Japanese along with twenty five British soldiers. On 16 February 1942 the group was massacred, the soldiers were bayoneted and the nurses were ordered to march into the sea where they were shot. Only Sister Vivian Bullwinkel and a British soldier survived the massacre. Both were taken POW, but only Sister Bullwinkel survived the war. Sister Hughes was one of the remaining thirty two nurses who also survived the sinking and were captured as POWs, eight of which later died in captivity. Sister Hughes, aged 33, died of illness on 31 May 1945 in Sumatra." Source: Australian War Memorial Museum

The New Zealand Herald has lots of items on Thames and the goldfields; plus articles related to people in the community. An item on my GGGrandfather Clement Augustus Cornes, for  a wager gone wrong at the Thames Races - is just one of the wonderful finds. All of which help give some colour and bones to the Thamesites we are researching.

Whether you live in, or are visiting Thames, the BELLA STREET PUMPHOUSE MUSEUM - is well worth a visit! Situated on the corner of Bella & Cochrane Streets, it is open Saturday and Sunday (10am to 3pm). The admission price as at June 2012 was: Adults $5, Children $2, Family $10. 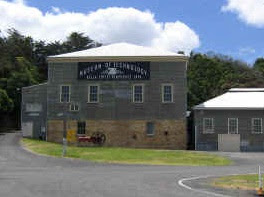 From the outside you may wonder what it has to offer, perhaps even think it is just for the pure mine enthusiast. How wrong you would be. Inside the building it is impressive, with a wide range of displays and working models. Volunteers take you on a tour of the remains of the outside pump site and a full guided tour around the building. The bonus is the wonderful collection of old Thames photographs that adorn several side rooms - these alone make the visit worthwhile. 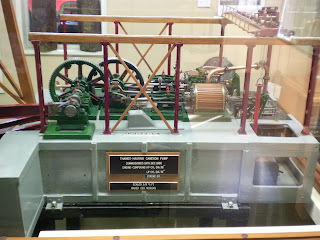 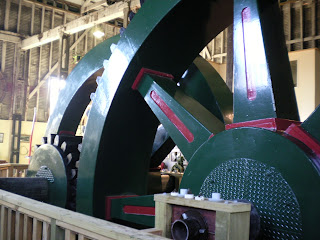 History: The building housed the "Big Pump" that was used to remove water from the mines at the northern end of the town. Built 1897-98 and it could remove 2000Litres of water per minute from depths of 300 metres. It ceased operation in 1914. It is registered as a category II building with New Zealand Historic Places Trust.
(Source: NZ Historic Places Trust)

NB. Information on the first BIG PUMP can be found at The Treasury Journal: "The Big Pump site revisited 2012" By D Wilton
Posted by Althea at 5:18 PM

The Bank of New Zealand archives in Wellington has supplied some photos and information on records available (this will be covered in following posts). Due to the excellent quality of the photos, it was possible to identify another business - that of R Buckley, Saddlemaker of Brown Street. A much needed occupation at these times.

The Cyclopaedia of Auckland 1902 has the following informatiuon on Mr BUCKLEY.
Buckley, Roland, Saddler and Bootmaker, Brown Street, Thames. This business was established in 1896, in Albert Street, and was removed to Brown Street in 1900. There is a convenient shop with a large show window, and a workshop behind. Mr. Buckley keeps a well assorted stock of boots and saddlery, and undertakes the manufacture of either line on the premises. He was born in 1874 at the Thames, where he learned his business. 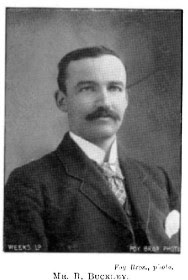 A great photo of the Borough Commemoration medal on a local auction site.
This was for the centenary of the towns of Shortland and Grahamstown being reunited as one, from then on known as Thames. There are interesting reminders in the papers of people being reminded to address their letters as THAMES, and not just Shortland or Grahamstown! One speculates it was an identity that many didn't want to give up, without a fight.

The book published for the centenary has been noted in a previous posting.

In fact the township of Tararu was also included, as reported in national newspapers of the time﻿.
While searching for this info, I came across the details of the first goldfields landing.