Past blog posts have covered various aspects of transportation and specifically trains at, and manufactured at the Thames. See Links at end of post.

Yes, there are hundreds of books on trains in New Zealand. Thames Coromandel District Libraries has a variety to select from, plus can interloan titles from libraries around New Zealand. The core ones that provide an overview of locomotive manufacture at Thames are:

A selection of books at Thames Library

Its a rainy Thames day - so a great chance to browse a few of the railway books at the library! Did they have any Thames references? 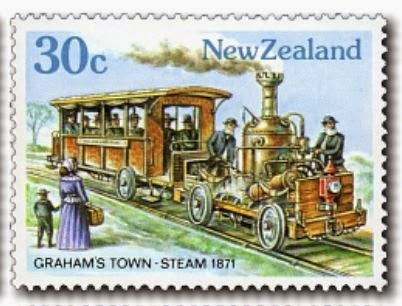 The book also has pages on the Silver Star. Who remembers the carriages parked at Thames? 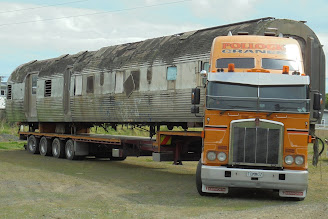 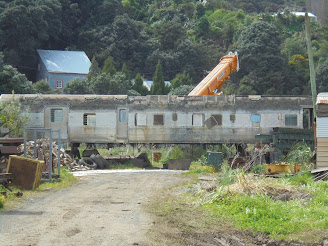 The 'old' Silver Star carriages that had rested in A & G Price's northern storage yard,
found new homes at the end of 2016. 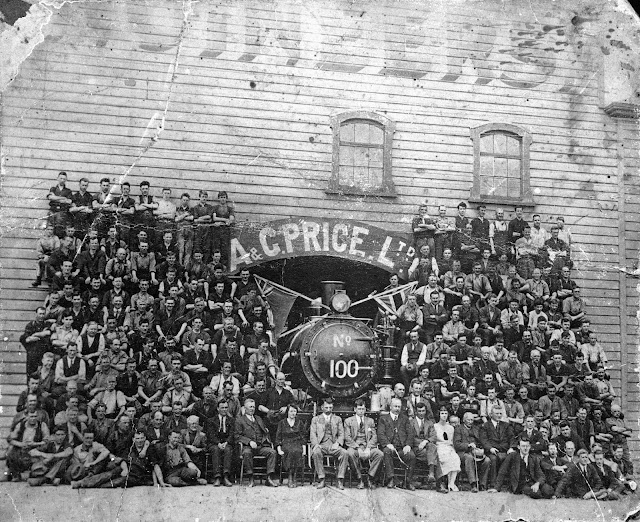 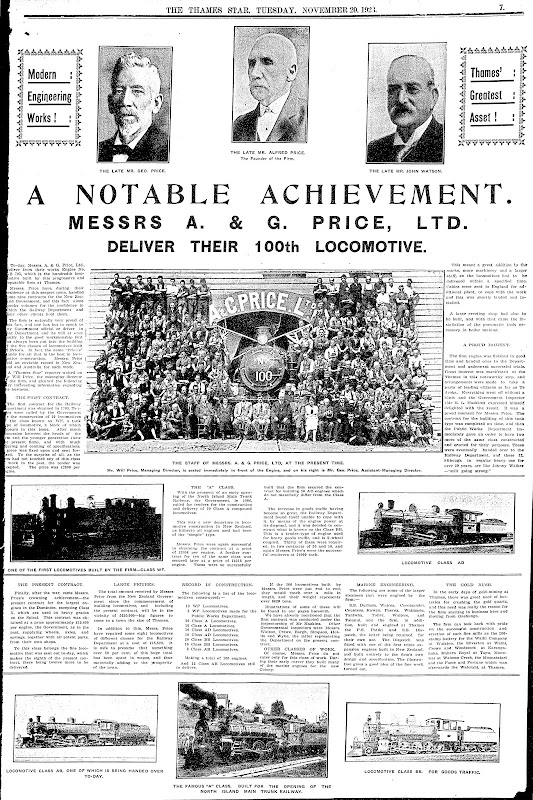 First Hand account - the Grahamstown to Tararu Tram:
There are delightful reports on riding the tram to Tararu in the Thames Guardian and Mining Record. One of these was published 7 December 1871. The writer 'Town Crier' at first appeared critical, and was sure an accident would happen. To their surprise, the trip despite the continual jerking motion, was safely completed and "certainly a great novelty."
CHALLENGE:
Keep an eye out for books and references on Thames railway history, often overlooked in favour of Gold, Gold and more GOLD History. 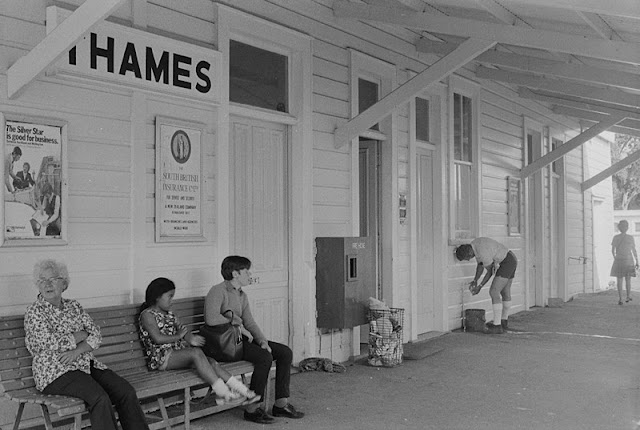 Another set of treasures on the Trademe Auction site - two postcards sent to Master Alan Milne of the Waiotahi Valley, Thames. 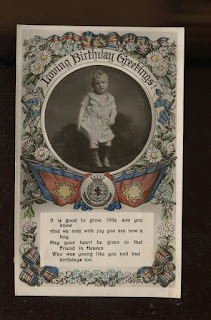 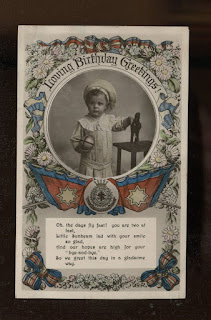 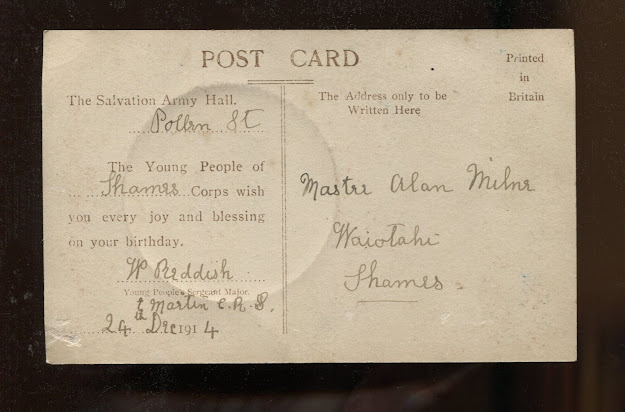 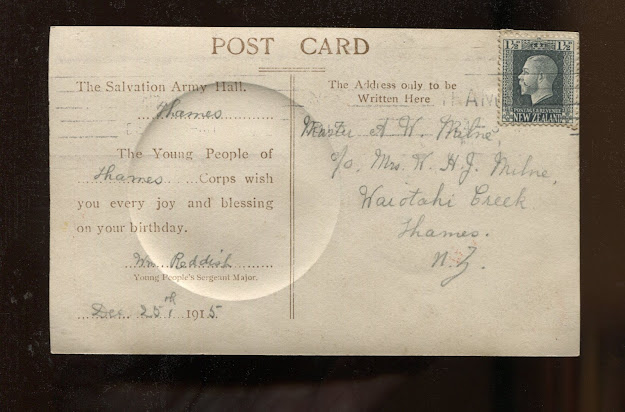 Who was MASTER A W MILNE?
If you are a family researcher beginner or expert, Thames records allow you to quickly find more about the life of Allan Westbrook Milne. 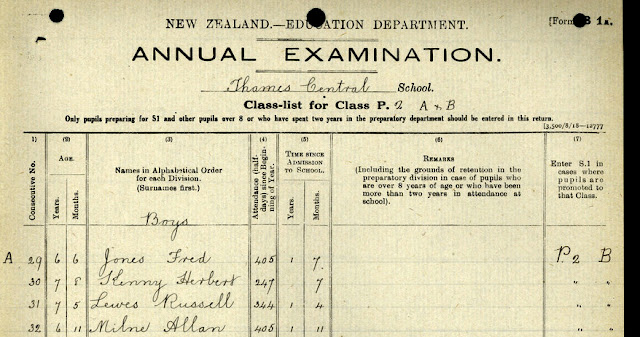 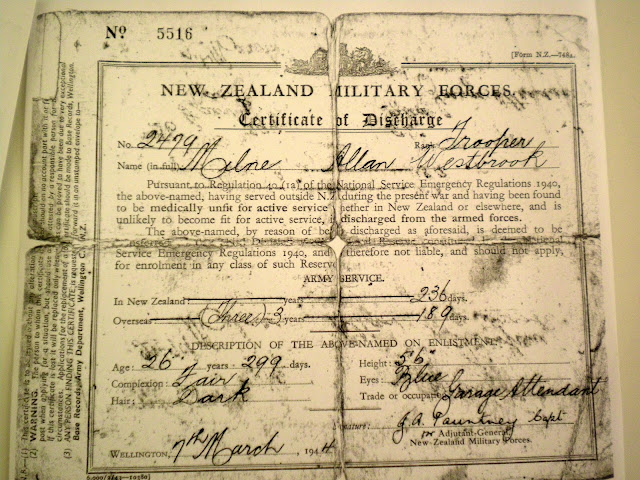 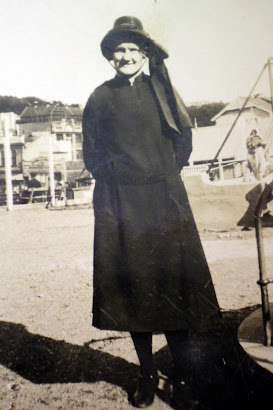 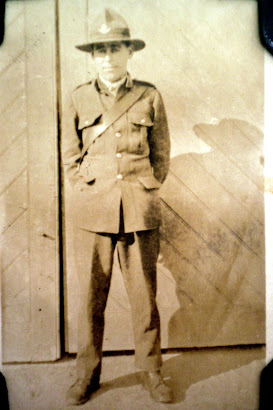 Allan W Milne's parents Ruby (left) and William H J (Jack) Milne.
Note, Ruby is in her Salvation Army Uniform - remembering that is where our story started with the birthday cards for Allan from the Thames Salvation Army Church.
Source: G Milne Collection
Take the Challenge!
When undertaking your family research, take a letter or photo and see if you can build up a story about the family. Like the example above, take a card and within a few hours we can learn so many interesting details about our family (and others).
Posted by Althea at 1:34 PM

Thames Hospital has had several special staff members who have served for extended periods. During the 2018 Reunion, older staff remembered some of their 'favourites'. A name that was mentioned was Dr Archer - Kenneth Richard Archer served as Thames Hospital Medical Superintendent 1948 to 1956.

In our book True Tales of Thames Hospital, two past staff members made recalled working with Dr Ken Archer. Mrs Billie Fisher remembered Dr Archer delivering lectures to the student nurses. Dr Neil Philip wrote: "I spent the winter under the supervision of Mr Ken Archer who had served in Italy during the war.  He was good leader and supervisor."

As we remember the 75th anniversary of the nuclear bombing of Hiroshima and Ngasaki in Japan, it is now revealed that Dr Archer was one of the first medical staff members to go to Japan after the bombing - around March 1946.

In July 1944, Archer was mentioned in dispatches for services in the Pacific; he was then stationed in Italy.

The Waikato Independent 13 March 1946, reported that Lieutenant-Colonel Archer was in-charge of the Jayforce hospital. 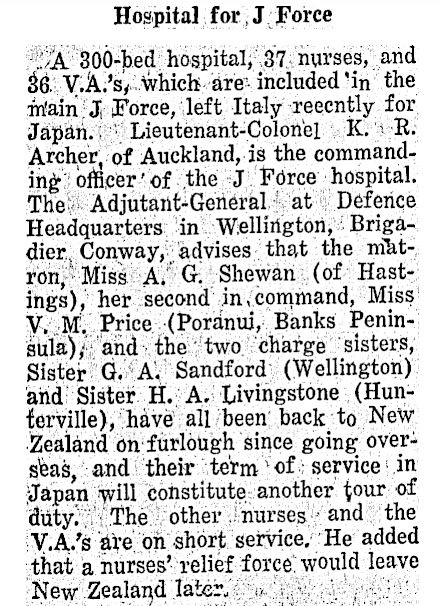 WAIKATO INDEPENDENT, VOLUME XLV, ISSUE 1248, 13 MARCH 1946
In the book Jayforce by Laurie Brocklebank, the difficulties establishing medical services in Japan was discussed. " Finding a site for 6 general Hospital was fraught with difficulties.  After an extensive search throughout April by its first commanding officer, Lieutenant-Colonel K R Archer, a run-down tuberculosis sanatorium at Kiwa was chosen because there was no suitable alternative." page 60
After the War:
Ken had studied at Otago University, and gained his medical degree in 1938. After the war, he continued his professional development, earning the FRCS (Fellowship of the Royal College of Surgeons) at St Thomas' Hospital, London, England.
After returning to New Zealand, Archer came to Thames in 1948 and remained at the hospital until 1956. When Archer took over as Medical Superintendent at Thames Hospital, it was a time when the Superintendent had charge of the whole hospital -  assisted by Matron Hill and the head of the Board Office.
In 1949, Dr Archer married Ruth Lomax Price, the daughter of George and Jessie Price of Thames.
In the 1950s photograph below, Dr Archer is in the front row, fourth from left, surrounded by his nursing and medical staff members. 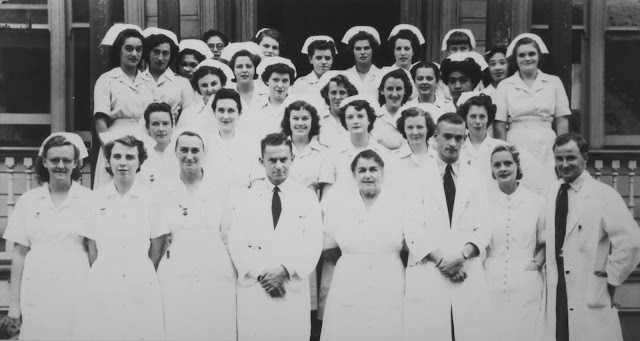 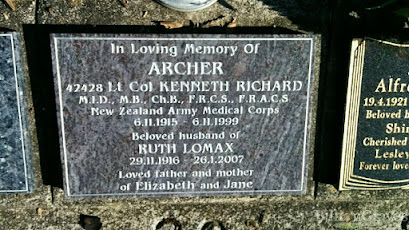 Dr Archer - 42428 Lt Col NZAMC 1915 - 1999
Memorial Plaque at Pyes Pa Cemetery
Source: Billion Graves
Thames Nurse in Japan post WWII:
A Thames Hospital School of Nursing graduate also served in Japan. Dorothy Rhoda Venables, attested in November 1944, service number 810720. Sister Venables war service included time with 3NZGH Italy and 6NZGH Italy / Japan.
Maybe, Sister Venables recalled to colleagues at 6 New Zealand General Hospital in Japan details of her training hospital? Could this have influenced Archer to come to Thames after the war? Regardless, it is no wonder that the staff of Thames Hospital held their Medical Superintendent in such high regard - his war service was truly something to be proud of.
Posted by Althea at 10:07 PM

Email ThisBlogThis!Share to TwitterShare to FacebookShare to Pinterest
Labels: Wars (Other), WWII

Seventy-five years ago, Thamesites at home and abroad were waiting impatiently for news that the war was over. A time to welcome home men and women serving overseas, plus wanting an end to rationing and other war time restrictions.
The Thames Star 7 August 1945, reported that an Atomic Bomb had been dropped over the city of Hiroshima, Japan. 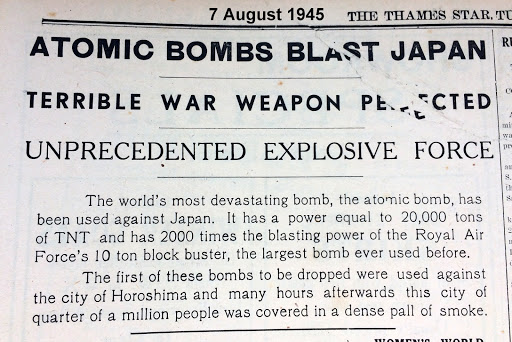 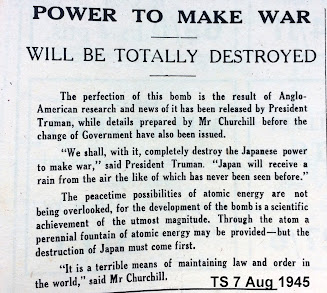 It was another week before the news finally reached Thames, the war was over!

Thames Star 15 August 1945.
Meanwhile in Italy, Signalman Doug B of Thames was dreaming of coming home and watching the Peace Cup (Rugby). Having just enjoyed a celebration day (VJ) to the lake. Soon he would learn a detour was in place and his next destination would be Japan, where he would see first hand the devastation caused by the 'bomb' 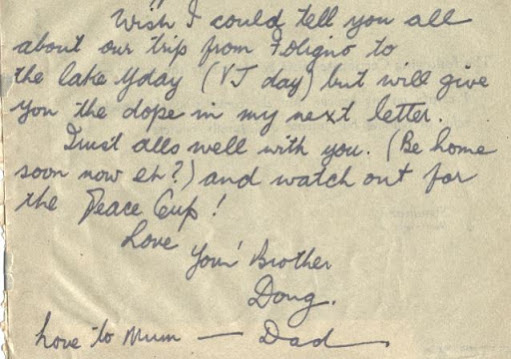 Lest We Forget
A time to stop and remember the devastation the bombs caused.
Posted by Althea at 9:20 PM