At a  chance visit to the Thames Museum today, I learnt about a special commemoration service that was being held at Shortland Cemetery today. On arrival at the cemetery, it soon became clear the mana and importance of the event.

Local iwi, kaumatua and dignitaries, gathered to welcome descendants of Robert Ngapa, along with members / leaders of the Cook Island community. 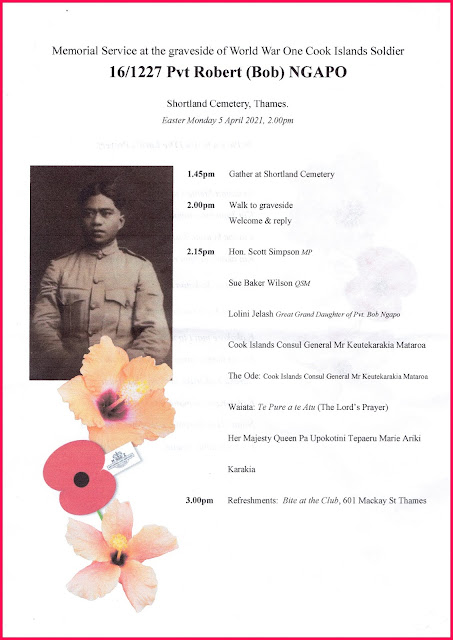 Great War Soldier Robert Ngapo Serial Number 16/1227, was working as a cook in Auckland when he enlisted 20 October 1915. He was born in the Cook Islands and gave his next of kin as: Mr Kapatian, Tauta, Aitutaki, Cook Islands.
Ngapo served in the 3rd Maori contingent, they left New Zealand 4 February 1916. Bob, who signed his name only as Ngapo on enlistment, served overseas until 28 January 1919 - in total 3 years 139 days war service home and abroad.
Private Ngapo was transferred to the Rarotongan Company, and also served in Arras (France) as part of the New Zealand Tunnelling Company. He was Wounded in Action 10 June 1917, then during May-June 1918 was hospitalised in Egypt several times with bronchitis.
Private Bob Ngapo died of pneumonia 28 October 1921 at Thames Hospital. Ngapo is interred at Shortland Cemetery Thames, Plot 2958, at the southern end of the extension adjacent to Danby Street. 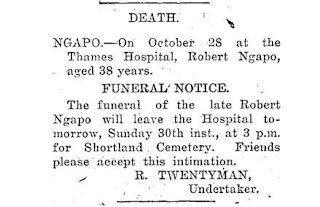 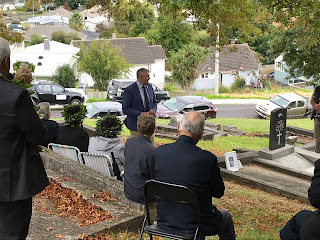 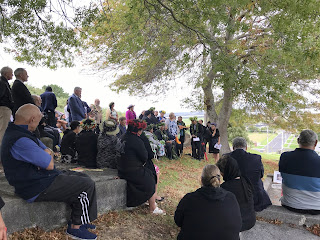 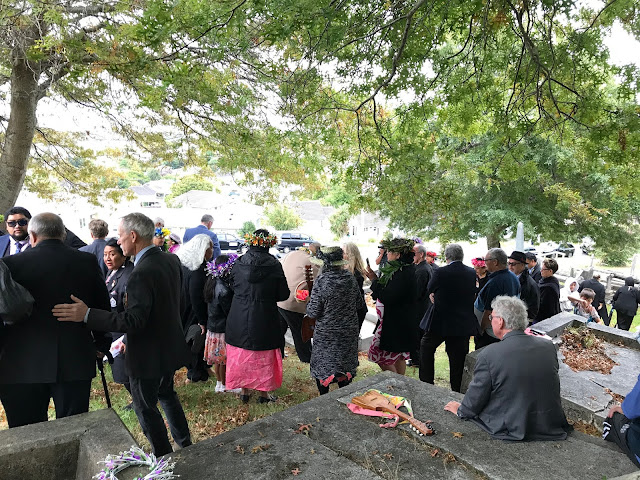 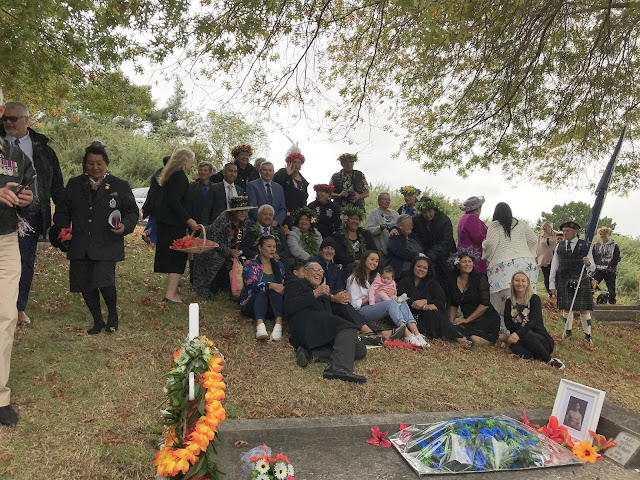 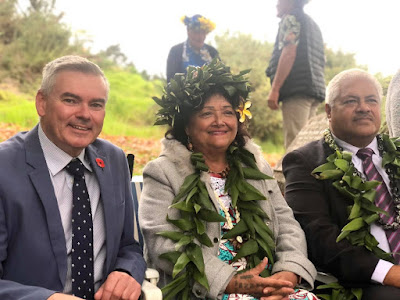 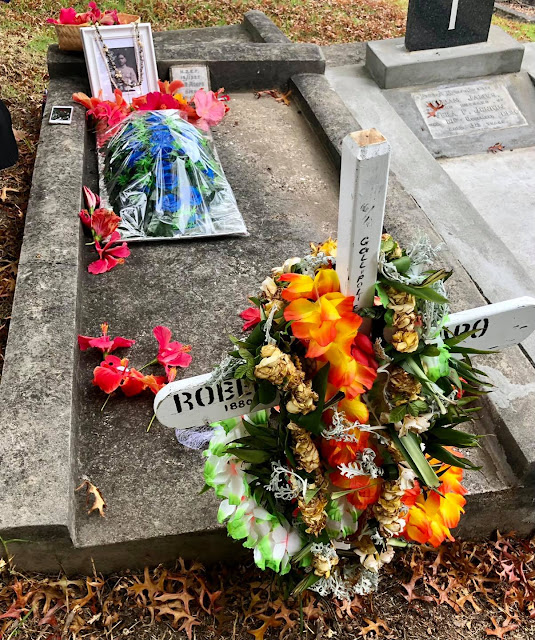