Many towns and cities have public gardens, and its something I have been asked by tourists passing through the town.  We do of course have the Hall Arboretum, but in terms of flowers there is not a dedicated garden space.

Sites like the Thames Museum have well kept gardens on the reserve in front of the museum building. There are plots of gardens along Queen Street that the TCDC maintain, but you couldn't honestly say we have a public garden - most of our reserves are bare apart from pohutakawa trees.

But, all is not lost! For the fans of roses, I suggest you head to Totara Memorial Park Cemetery and venture down to the Garden of Memories (adjacent to the RSA lawn cemetery). Here at present, you will discover a spectacular display of roses. 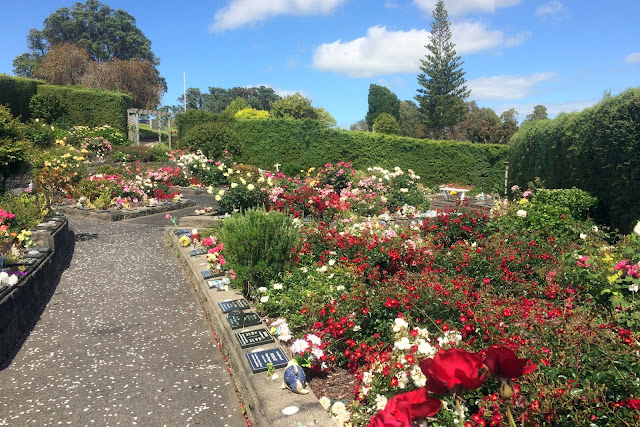 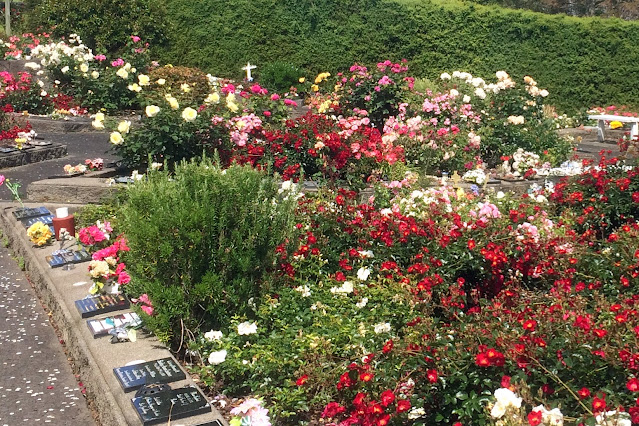 Garden of Memories (GOM) location circled above - entrance as you drive up the cemetery road, past the main gates.
Roses on the Goldfield
In 1872 Thames folk were able to buy rose bushes from Sydney. 150 varieties of rosses were up for auction at Messrs Gudgeon & Co. 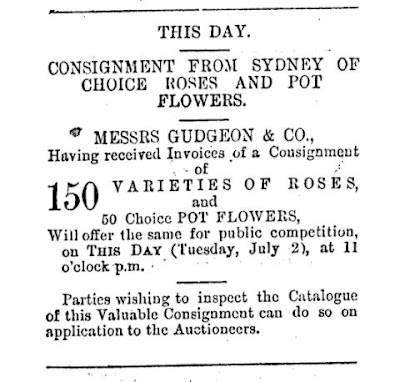 THAMES GUARDIAN AND MINING RECORD, 2 JULY 1872
An auction appears to have been the popular way to buy roses and other trees. In 1874 auctioneer Mr Craig also had rose bushes for sale. 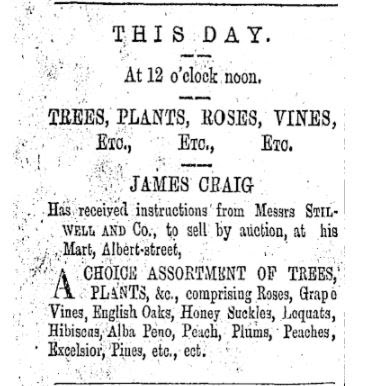 THAMES ADVERTISER,  15 JULY 1874
Thames gardeners soon began breeding their own varieties, one such man was Mr Manton of Hape Creek. In 1874, the Manton's named two of their two new roses after the Thames Volunteers. 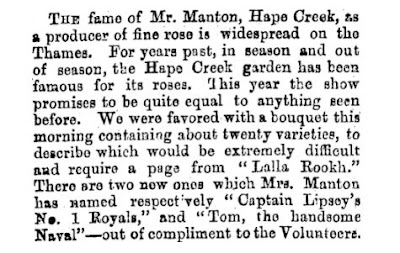 THAMES STAR, 23 OCTOBER 1874
The local nurseries, soon also began cultivating roses for sale - the roses at Stilwell's Parawai nursery were on sale by 1874.

THAMES ADVERTISER, 13 NOVEMBER 1874
It wasn't long before Horticultural shows became major events at The Thames. These were run by charitable groups and churches; and proved to be an excellent way of fundraising. The advert below is for a show that was run by the Hauraki Ladies' Benevolent Society in November 1874, one of the classes was for 'best variety of cut roses'. Messrs Litchfield, Stillwell and Clymo were reported as having exhibited near perfect collection of roses. 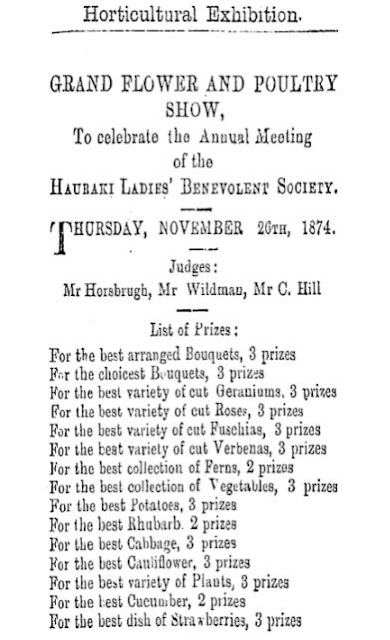 THAMES ADVERTISER,17 NOVEMBER 1874
Roses would have provided a colourful display on the Thames Goldfield. Maybe some of these old varieties still exist around the town?
Posted by Althea at 3:59 PM

Did you remember the significance of the day?

11 November? We call it Armistice Day, while in England it is called Remembrance Day.

In 2018, a large number of Thamesites gathered at the Peace Memorial to commemorate the 100th Anniversary of the ending of World War One. 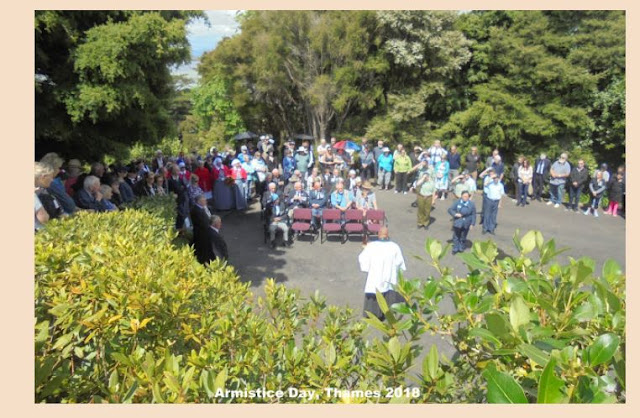 How did the town remember the Armistice Day 2020?

While the facebook community posted endless "Lest We Forget' messages, the gathering at the Peace Memorial this year was small. Maybe next year, people may find the time to remember in person, and not just on the internet. 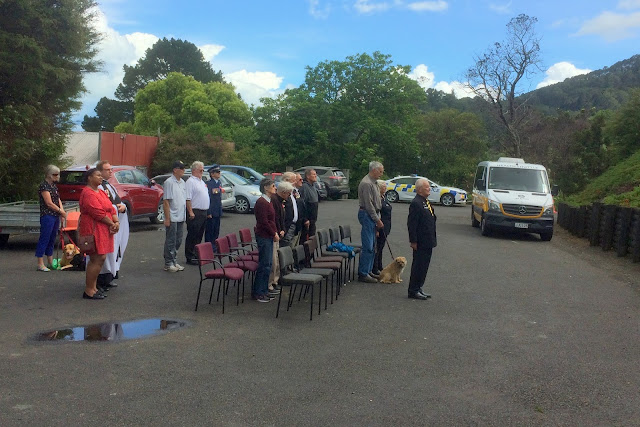 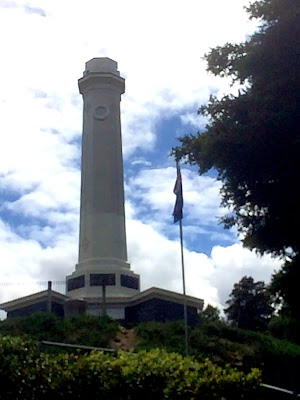 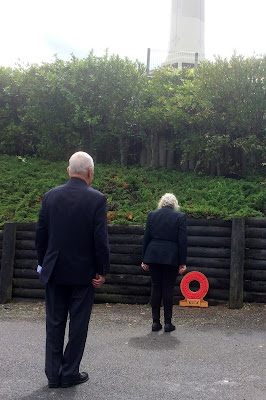