ANZAC DAY DAWN PARADE, Thames.
Hundreds gathered at Thames this morning to ensure 'we will remember.' 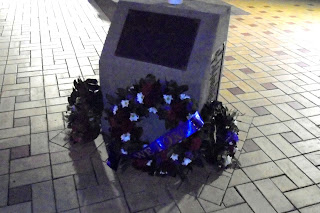 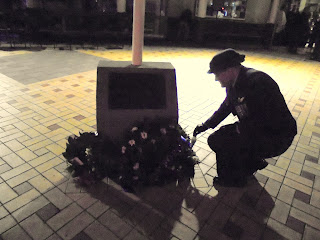 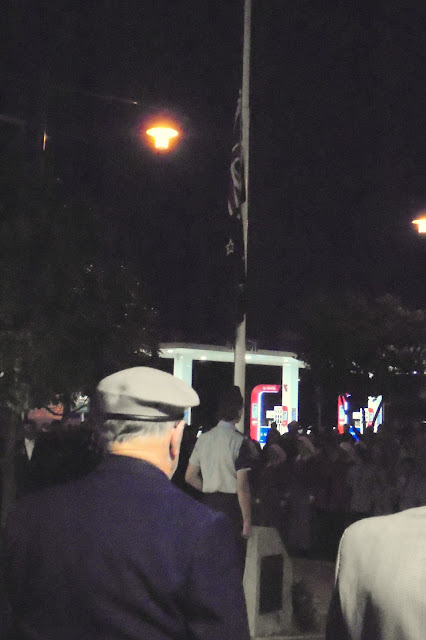 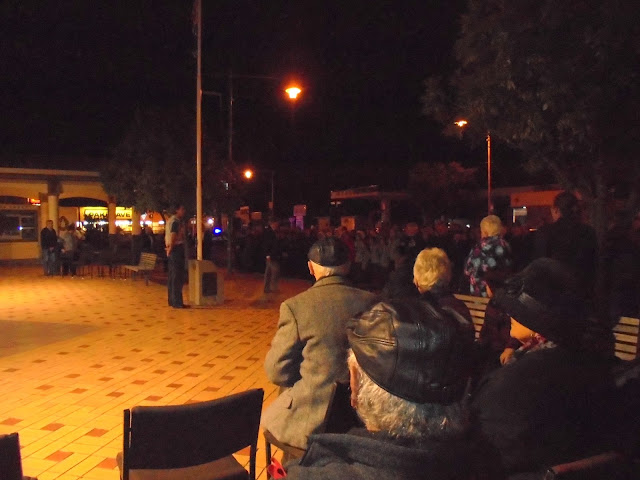 TOTARA CEMETERY - RSA White Crosses mark the soldiers graves in the RSA sections. Remember that there are many more past servicemen and women interred around the cemetery. There are photos of their gravesite at Findgrave. (Search by surname) 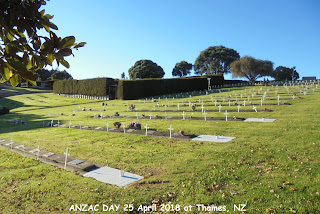 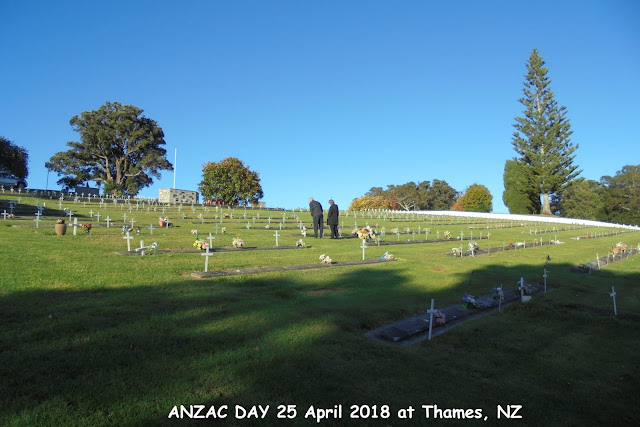 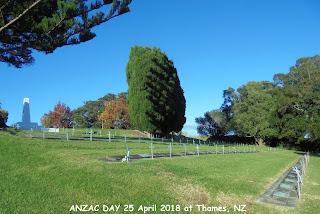 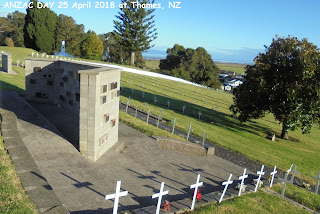 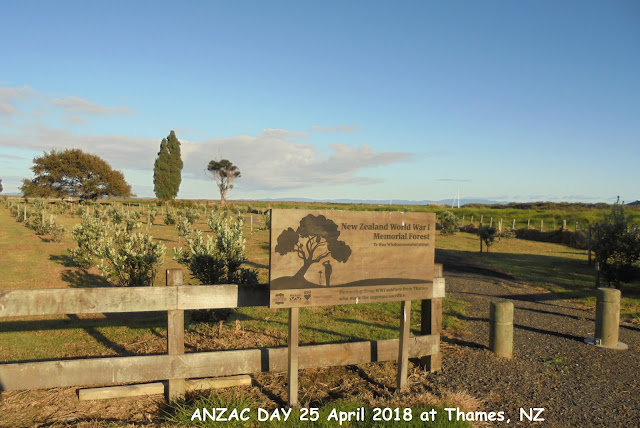 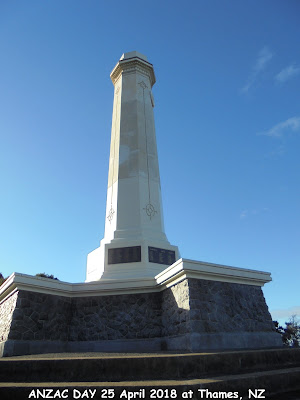 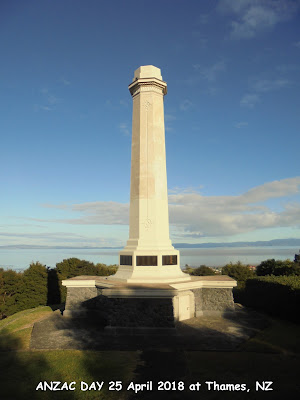 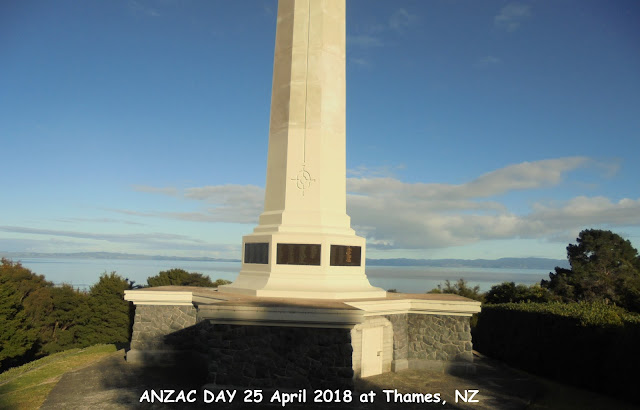 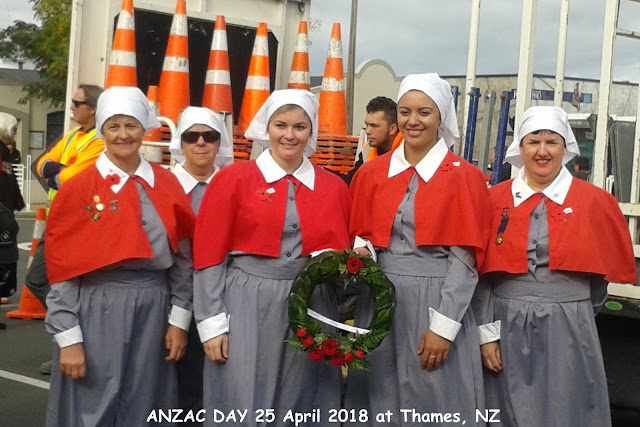 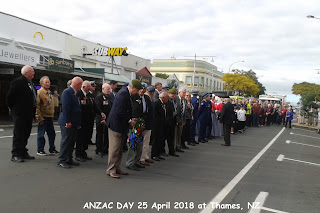 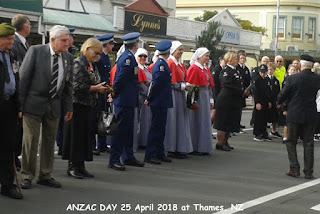 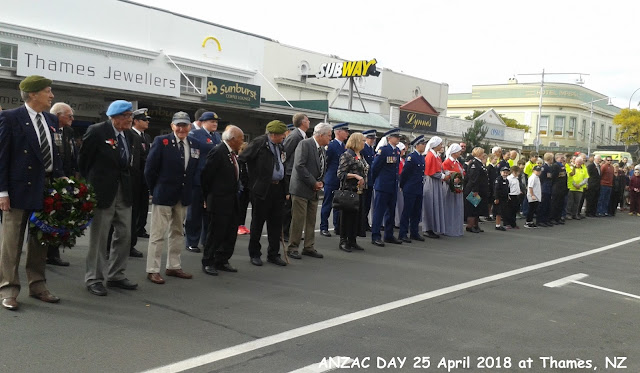 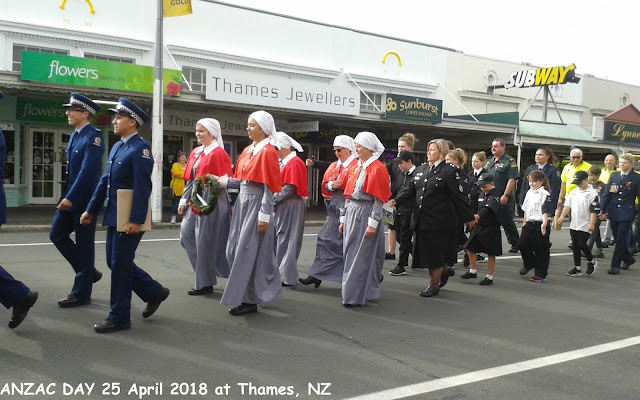 The procession then made its way to the 10am service at the Thames War Memorial Civic Centre, Mary Street, Thames.

LEST WE FORGET
Posted by Althea at 7:41 AM 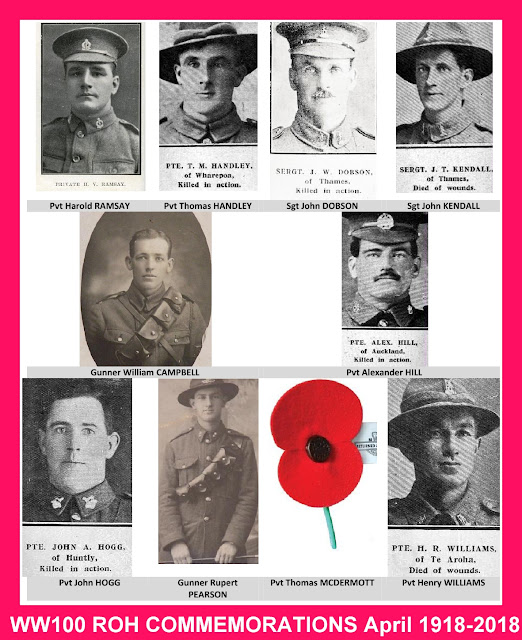 The men and their connection to Thames are listed below:
Harold V RAMSAY: Harold was Assistant Master at Thames High School when he enlisted. Ramsay expressed his concerns over the war as they conflicted with his strong religious beliefs.  His application to be part of the medical corps was accepted.

Thomas HANDLEY: Thomas lived at Wharepoa, his parents were Michael and Mary Handley. The family later moved to Paeroa. Thomas had been overseas one year when he was Killed in Action.

John DOBSON: John was from Scotland, and married Margaret Gibson in Thames in 1903. A miner around the district, in 1916 the family lived in Baillie Street, Thames.

John T KENDALL: John was born in Thames, his parents were Henry and Sarah Kendall of Tararu. Kendall attended the Waiokaraka School, then Thames High School. On enlistment he was working at Hetherington's large drapery Store in Pollen Street.

William J CAMPBELL: William was from Otago, and married Thames girl Florence Coutts before he went overseas. His wife, lived with her parents at Tararu went William enlisted.

Alexander HILL: Alexander was born at Thames, and attended the Waiotahi Creek School. Hill was a labourer at Wharepoa on enlistment.

John A HOGG: John and his family lived up the Kauaeranga Valley, the third son of Anthony and Elizabeth Hogg. He worked as a farmer before enlisting. Sadly the family had already lost another son Alexander at the end of 1917.

Rupert L PEARSON: Rupert was born Hodge, but his surname was changed when his mother remarried in 1900. He attended Parawai School and worked at A & G Price's Foundry when he left school.

Thomas MCDERMOTT: Thomas was born in Thames and attended the Waiokaraka School. Later the family moved to Australia, where McDermott enlisted in the Australian Imperial Forces.

Henry R WILLIAMS: Harry was born in Nelson, the son of Thomas and Eliza Williams. The family moved to Thames and he attended Waiokaraka and Tapu School. Williams worked as a miner, when he enlisted he was working at the Kauaeranga Hotel as a clerk.

LEST WE FORGET
Posted by Althea at 7:01 PM