Progress has been rapid this week - the fence construction is well underway. 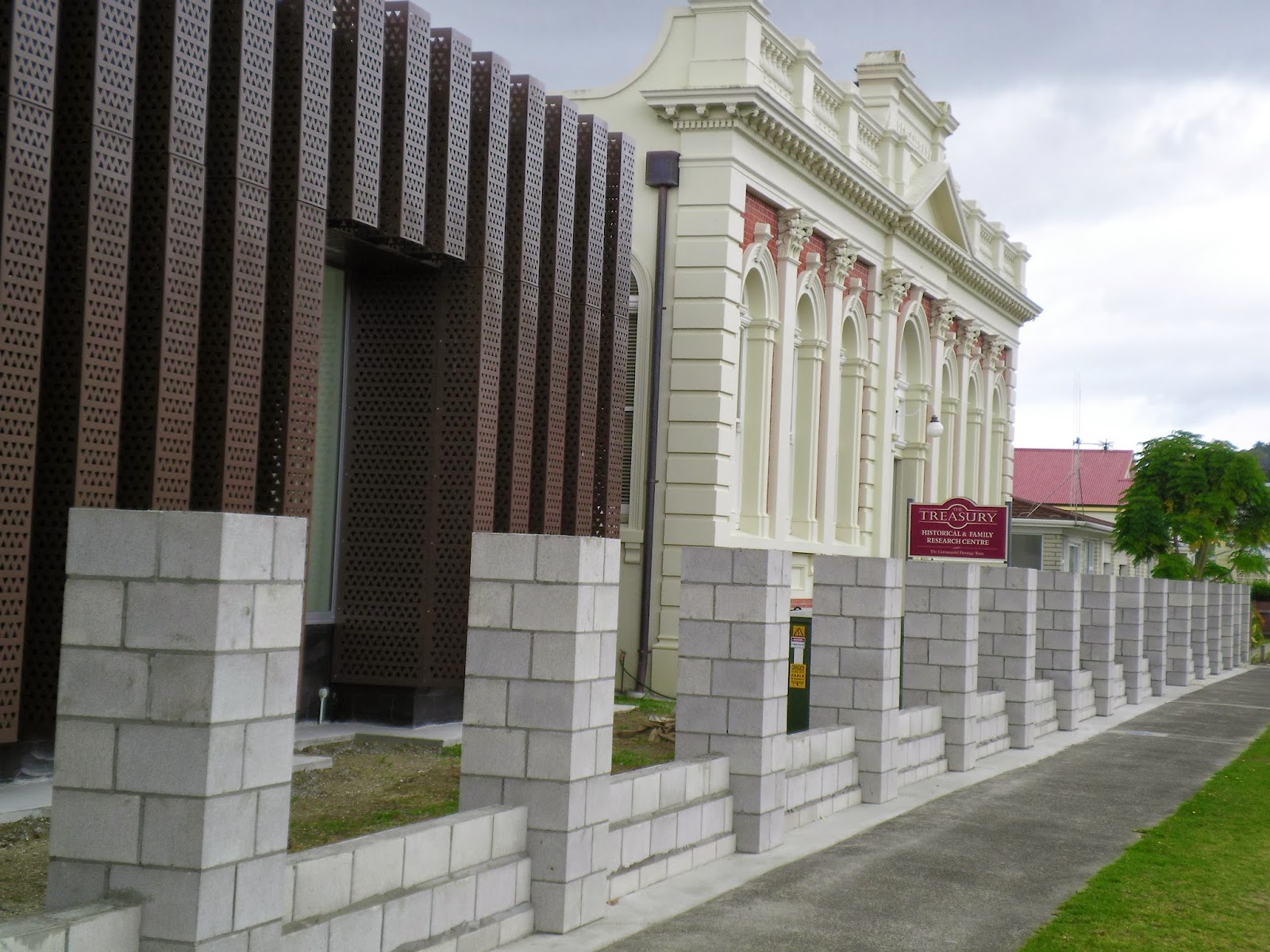 Remember the heritage events in March - check the calendar. I'm sure there will be something for everyone. 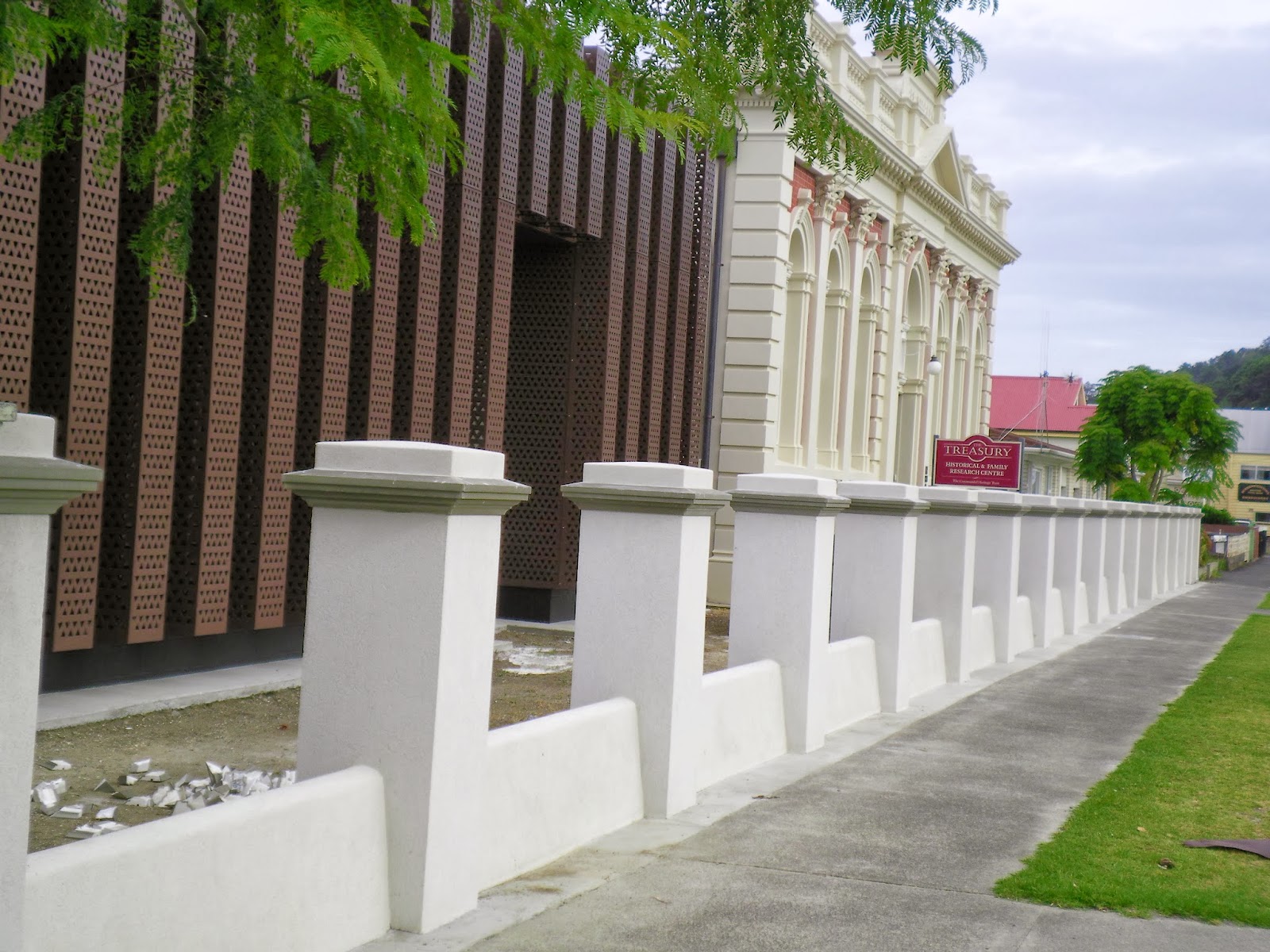 Thames (NZ): Latest photo of The Treasury and Archives

Seems a long time since I've updated on the Archive in Queen Street...all the activity has been inside as the team at the Treasury (The Coromandel Heritage Trust) prepare for the opening of the building in March. Today, Saturday 8 February the site is packed with blocks, blocks and more blocks! The fence is underway.


Details on the opening:
The Archive will be officially opened at 2.00pm on Saturday 15th March by Dr Jock Phillips who was formerly Chief Historian within the Department of Internal Affairs and Ministry of Culture and Heritage, then Concept Leader in History at Te Papa. Dr Phillips is now the General Editor of Te Ara, the Encyclopaedia of New Zealand. 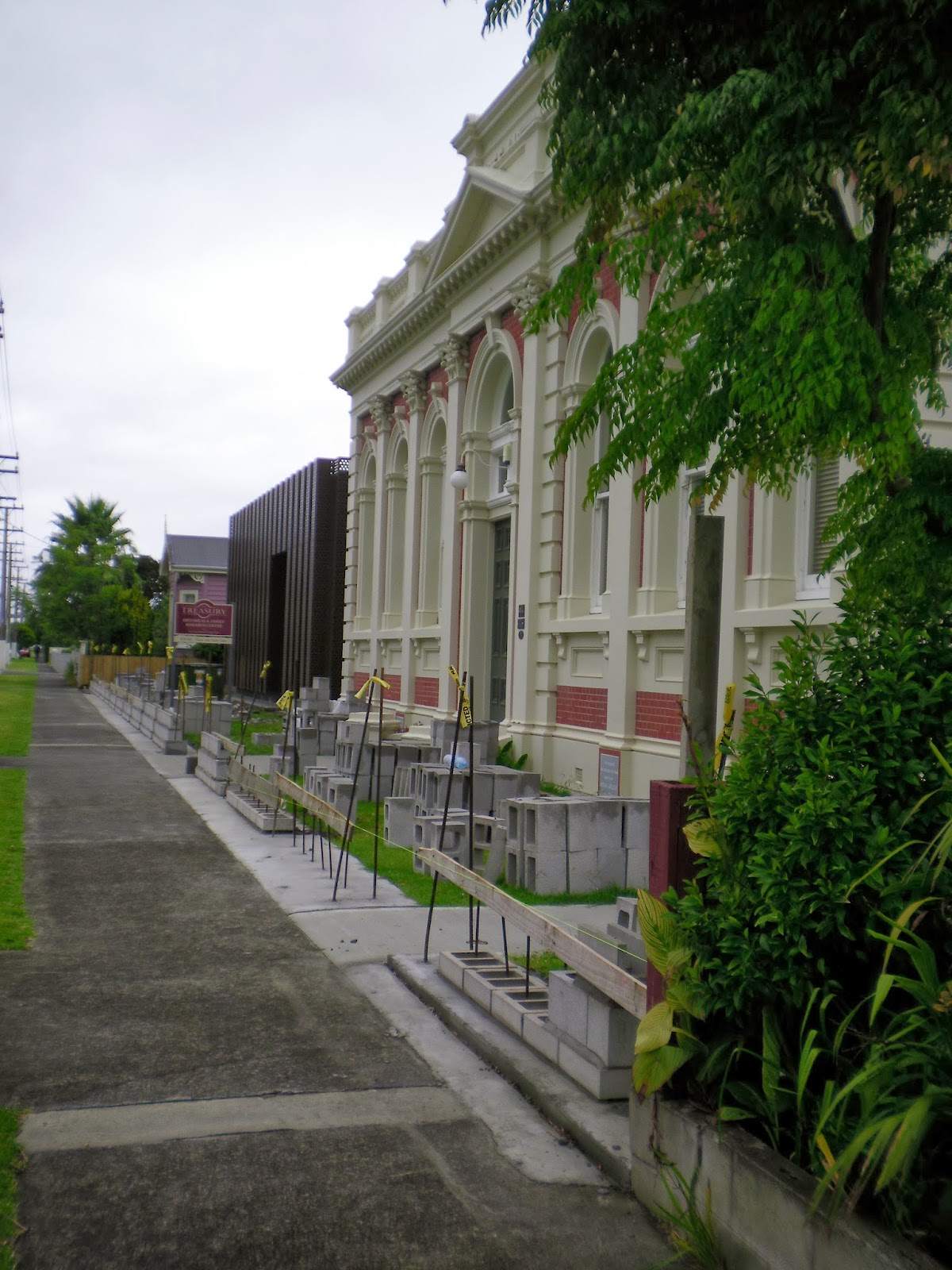 Originally I was looking for how the town of Thames remembered the 'signing of the Treaty of Waitangi,' one hundred years ago, but needed to look afar for a mention of the event.
In the Fielding Star 6 February 1914 the anniversaries of the day were named: Queen Anne born 1664, Charles II died 1685, Seringapatam besieged 1792, Treaty of Waitangi signed 1840, Lord Monteagle died 1866. The Press 6 February 1914, gave  a summary of the events before and after the signing of the Treaty.
Back in Thames, the news of the day was:
Death: Mr John Eden BROWN of Puriri had died the day before at Thames Hospital
Electric Light Service: The Thames Borough Council were able to finance Householders for the installation of up to 5 lights
Road Sweeper: The local council wanted to buy a road sweeper, it was noted that at times in Pollen Street Manure was blowing everywhere and that this could be a health hazard.
Coast Trip: 'Manuhiri' shared his day trip down the Thames Coast to Somebody's Bay (19 miles from Thames), The delights of mussels cooked in a kerosene tin was shared with the reader
Queen's Hotel: Was open and offered first class accommodation along with Campbell & Ehrenfried's famous beers 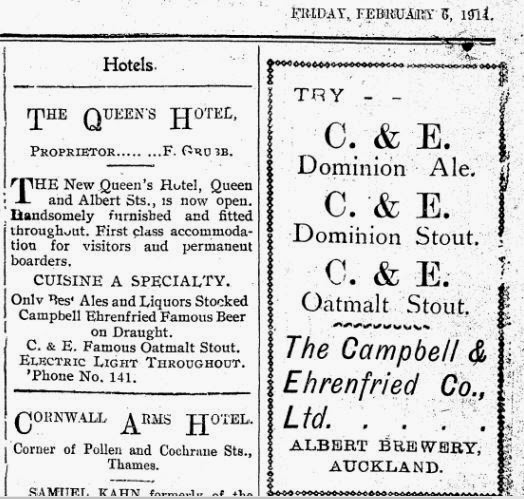