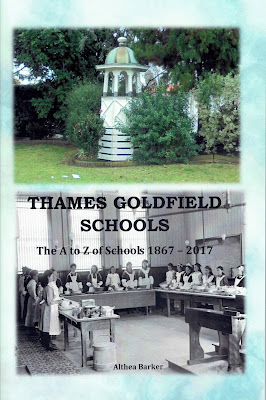 Background: There were many children on the Thames goldfield and education was deemed as an important part of their lives.

Initially private Schools provided the only education, then under the Education Act 1877 the present State School System began (free compulsory education). The first on the goldfield was located in a Tent at Shortland, followed by various private locations.  The first schools were privately run, but received great patronage from the many children on the goldfields. There were many evening classes that were held.
Source: "1873-1973 Thames Borough Centenary" Editor L P O'Neill, "The Cyclopedia of New Zealand" 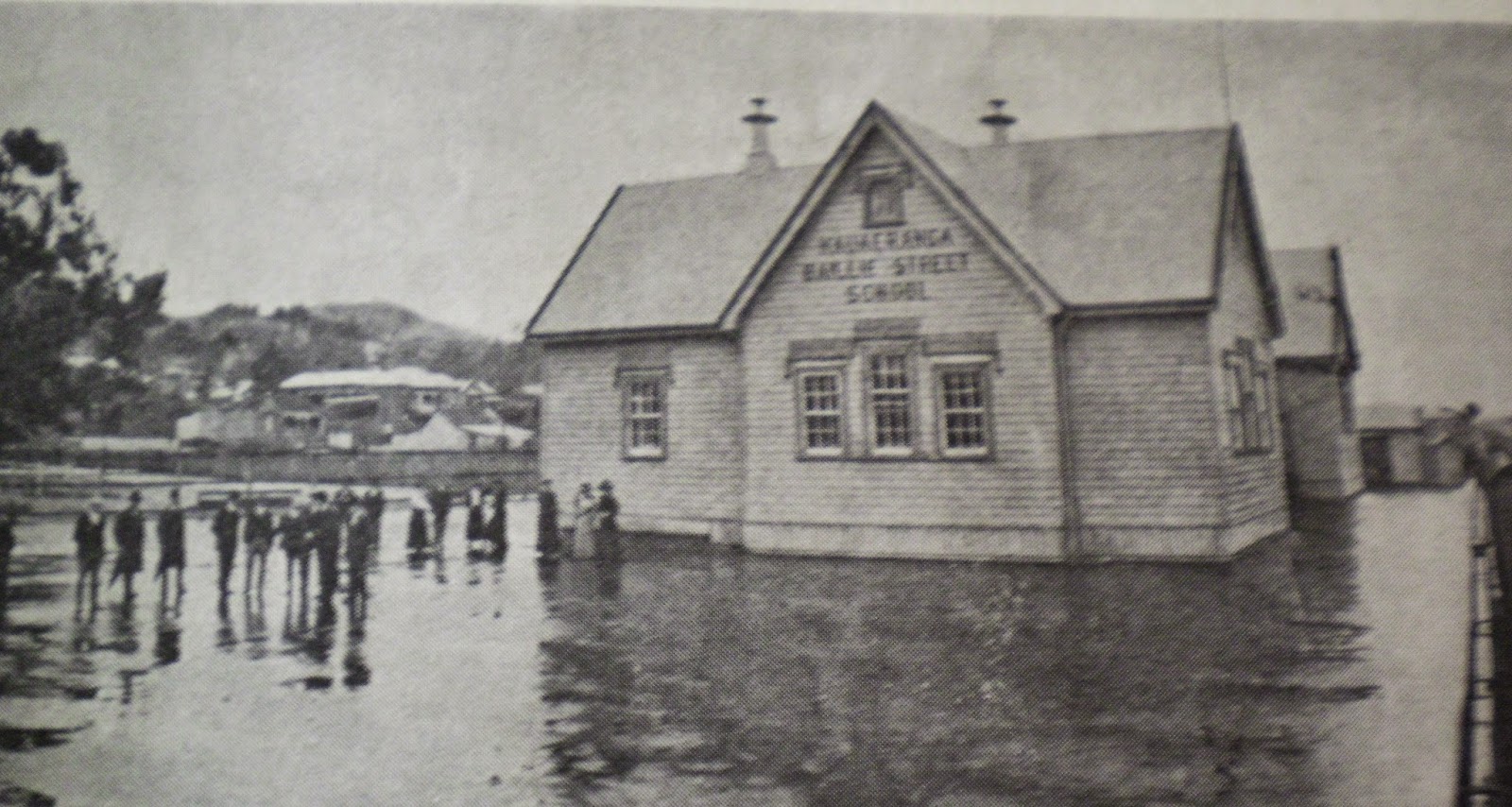 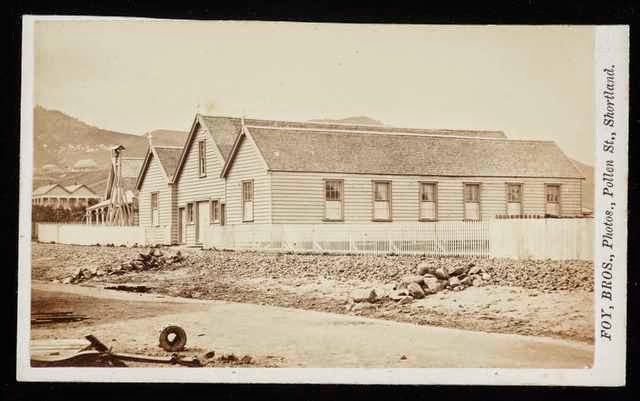 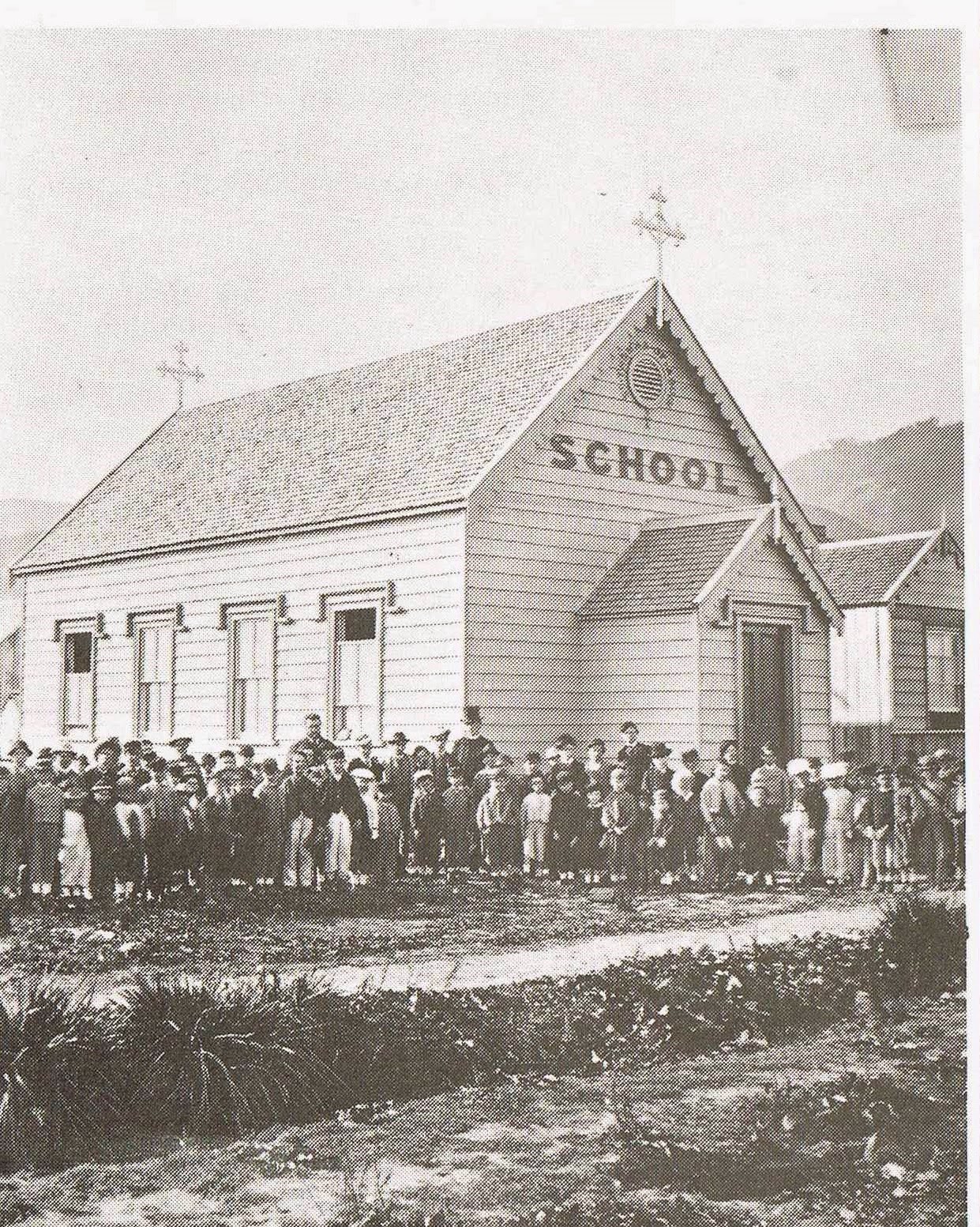 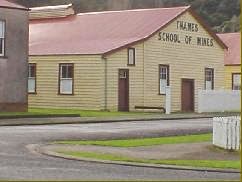 Above: Thames South School (left) and looking down on Waiokaraka School (right).
When reviewing the education on offer in early Thames, it is amazing often to see the number of classes offered in areas such as music and other areas such as drawing /art. Classes were at night and on the weekends. Was this for extra enlightenment or designed to fit around the working young teenager or adult? Often extra classes were designed to help with scholarship aspirations designed for those furthering their education and secondary level.