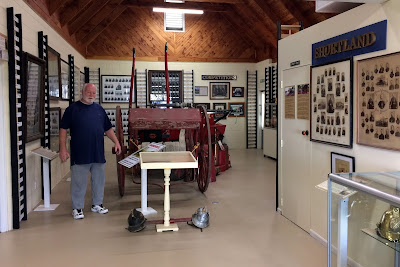 This week, a new exhibition has opened at the Thames Museum which showcases the pictorial history of the Thames Volunteer Fire Brigade. (photo right)

The photographs of a large number of firefighters are on display, along with 'ladders' that have the names of all known members since the brigade was formed in 1887.

The Grahamstown Fire Brigade (paid) was established first, then came the Shortland Volunteer Brigade following the Great Fire of 1872. A new branch at Grahamstown was also formed that year - they both continued until the new amalgamated brigade was formed in 1887. The Thames Volunteer Fire Brigade has gone on to serve the town and district for decades. Not only fighting fires, but helping with other events such as medical and emergencies during times of flood.

The old Tilley Pump engine (one of the oldest in New Zealand) (below left) is on display along with an old Hand Reel (right). 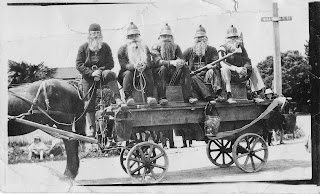 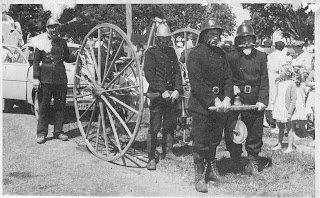 For old Thamesites, you will get a chance to see again many old faces, along with the newer members of the brigade. The display at the Thames Museum runs for the next year.


SIR KEITH PARK STATUE UNVEILING
Just a reminder to all about the event at 11am Saturday 27th April, outside the Thames War Memorial Civic Centre in Mary Street. 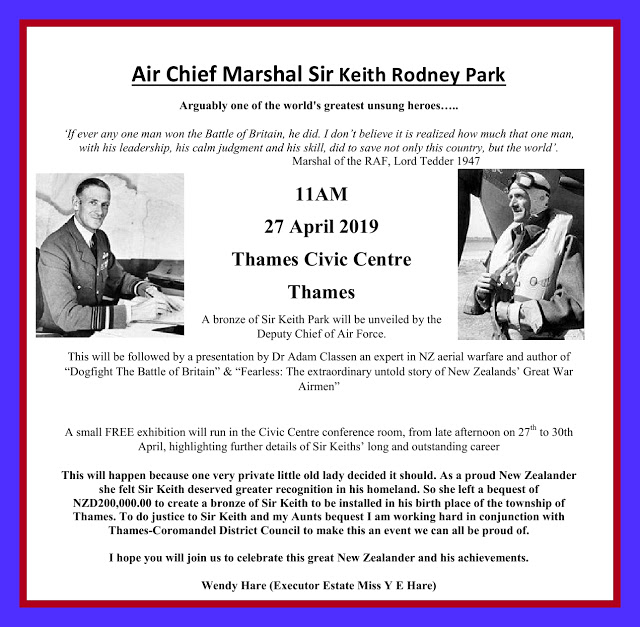 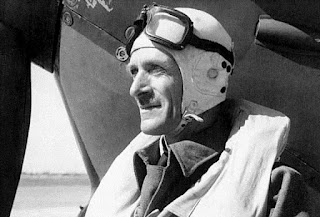 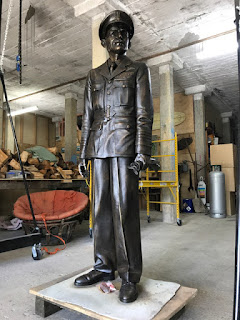 LEFT: Sir Keith Park. RIGHT: The bronze Statue created by Wellington-area sculptor Jonathan Campbell, that will be installed outside the Thames War Memorial Hall
Posted by Althea at 4:02 PM