Each passing 'ANZAC' year, I seem to start by saying that it was the biggest Dawn parade and service. Well, this year I wouldn't hesitate to say that the numbers were one of the largest gatherings. While a few hundred waited at the Mary Street intersect, the parade from the RSA & Workingmen's Club was truly impressive.

DAWN SERVICE 6am Thursday 25 April 2019
The Thames RSA's theme for the Dawn Service was 'Youth' - ably led in the first instance by a young piper who played at the head of the parade. Reverend Wilkinson gave the address and the remembrance aspect of the occasion was discussed along with the history of the the Gallipoli landings. While praying for peace in our hearts and the world. 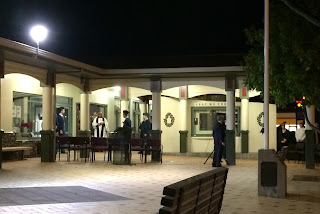 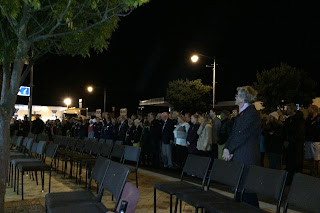 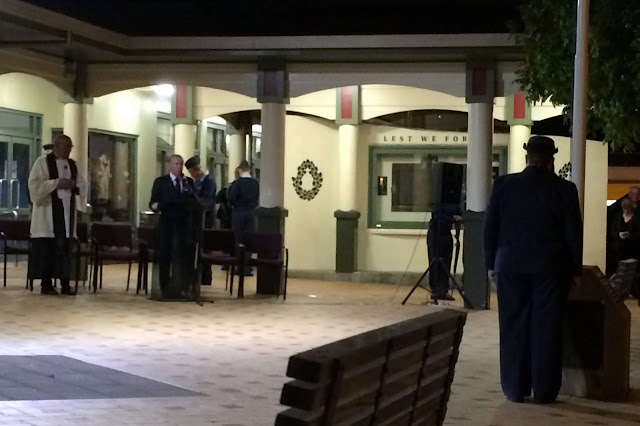 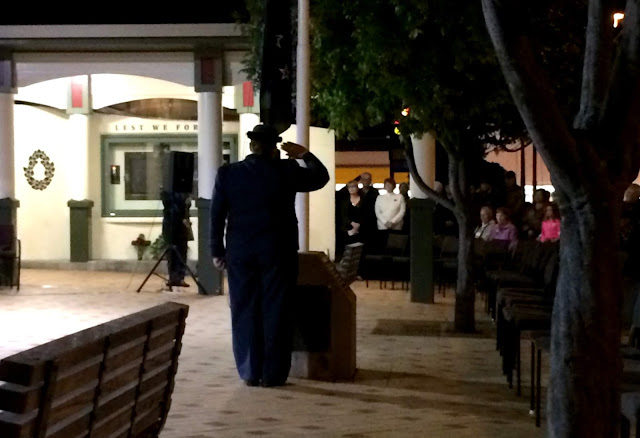 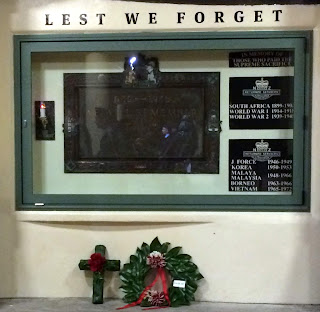 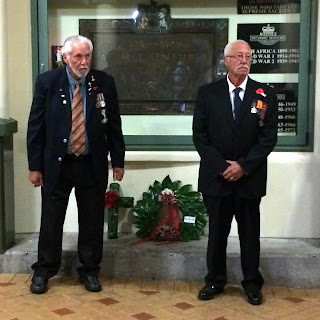 TOTARA MEMORIAL CEMETERY ANZAC morning 2019
One thing is for sure, the sea of crosses continues to grow across the northern face of the RSA section of the cemetery. Remembering that there are hundreds of servicemen and women interred in other parts of the cemetery who go without a cross each year...as do those interred at the other two cemeteries and urupa in the township of Thames. 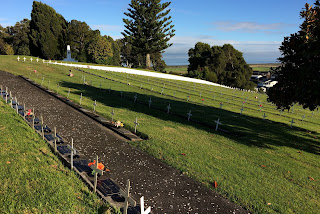 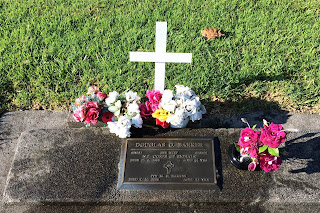 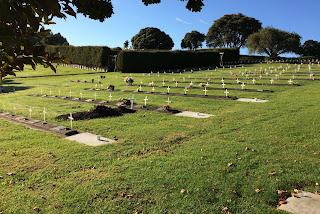 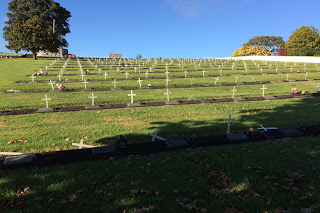 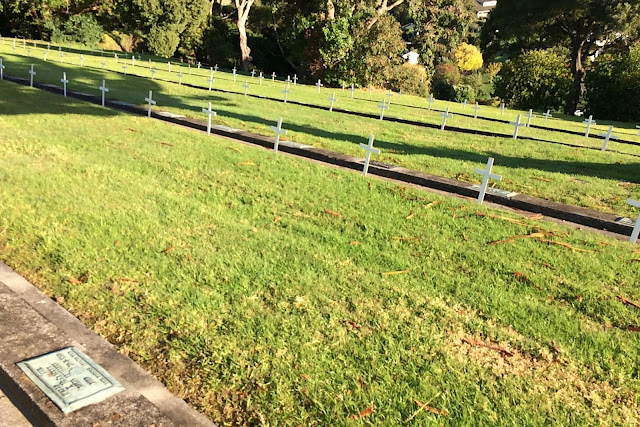 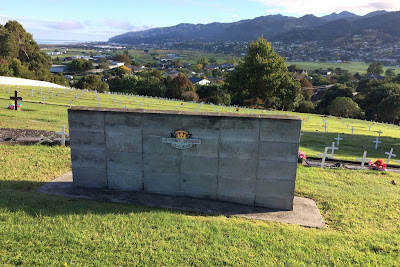 RHODES PARK WWI MEMORIAL FOREST ANZAC morning 2019
The trees are growing well at the memorial forest - 247 trees to commemorate the men who lost their lives in WWI from the Thames District. 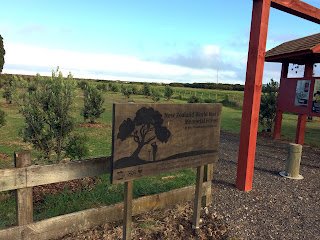 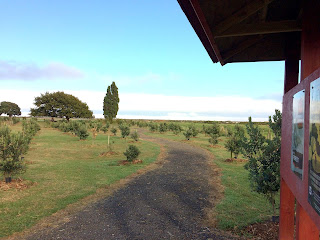 THAMES ANZAC PARADE 10am
For the second time today, the people of Thames gathered to remember and commemorate. The numbers were possibly lower than at the Dawn service but still considerable. 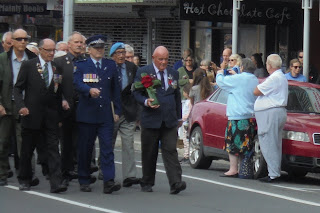 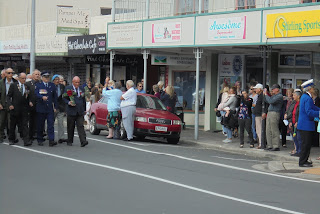 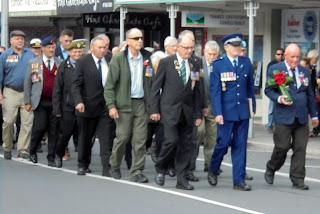 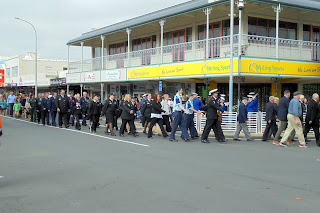 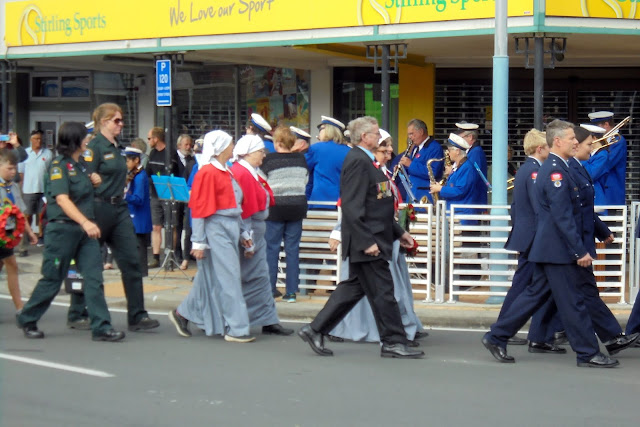 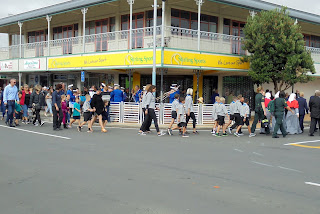 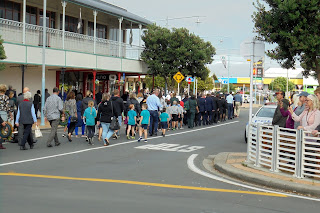 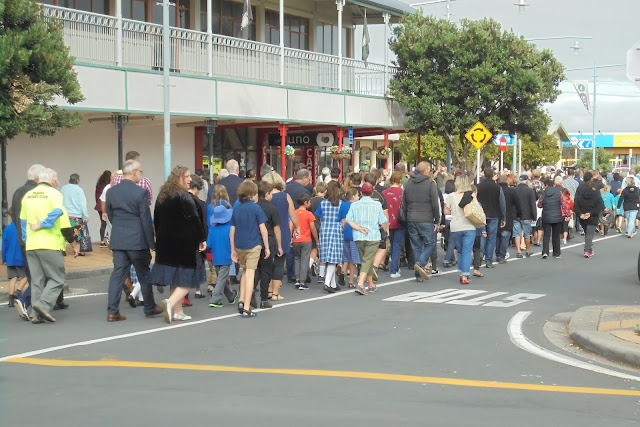 THE THAMES PEACE MEMORIAL ANZAC DAY
Remembering the men and women who served and died in World War One - the Peace Memorial stands proudly above the town of Thames. 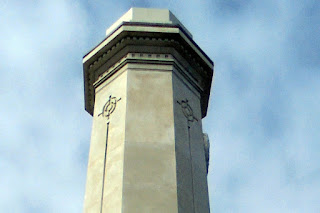 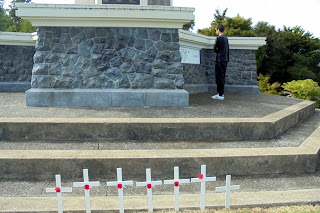 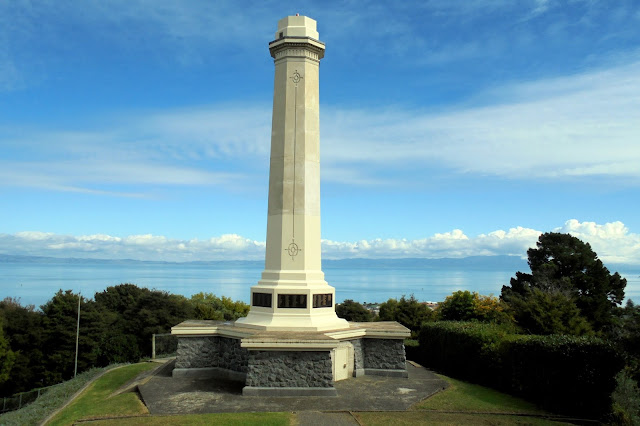 WWI Slideshow of the men from Thames who were Killed or Died as a result of the War.
Posted by Althea at 12:39 PM