Thames (NZ): The moon landing memories from The Thames 1969 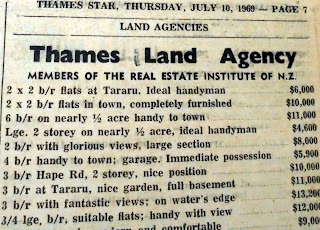 Fifty years ago (1969) what were you doing? Did you live in Thames or have family that did? I remember the excitement growing around an event we had not seen before...more on that soon

Maybe your family had bought a new house? There was a good house for sale at The Hape for $10,000!

The town was growing, reclamation work was well underway all along the foreshore. Danby Field stood out in an aerial photograph taken in 1968 - and guess what there were no mangroves at the park's western seaward wall!

Life was a seemingly easier pace, children played carefree along the streets - no computer or mobile phone distractions in those days. Trikes and pedal cars had free reign on the footpaths - no motorised scooters in those days. 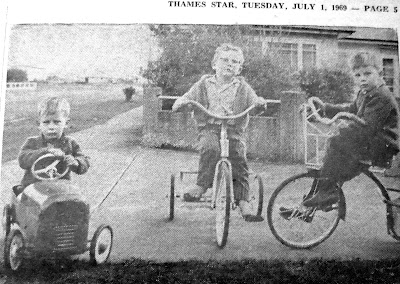 As the month of July progressed, Thamesites began talking about the moon and waited to see what would happen when astronauts headed into space. Then the big day came, 20 June 1969, Man walked on the moon!

"July 20 marks 50 years since NASA's Apollo 11 astronauts Neil Armstrong and Buzz Aldrin became the first people to walk on the Moon. This week Kiwis remember where they were when they heard those famous small steps.

"Houston, Tranquillity Base here," astronaut Neil Armstrong said as his lunar module, Eagle, touched down on the Sea of Tranquillity on Sunday, July 20, 1969.

"The Eagle has landed." Stuff nz

Those lucky enough to have a television, (or friends with one) got to see the landing on the television news Monday 21 July 1969. 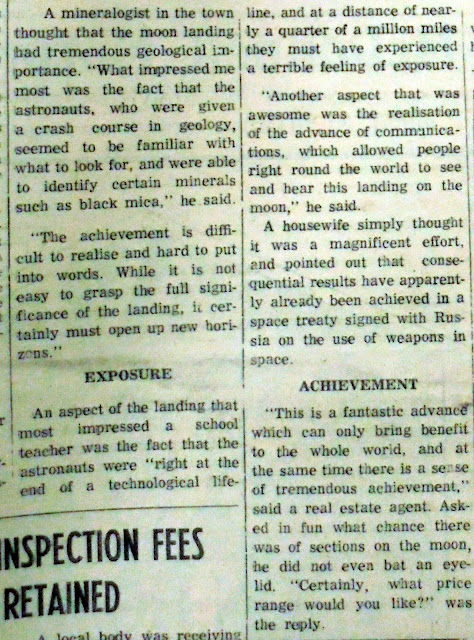 The Tuesday edition of the Thames Star reported on Thamesites reaction to the moon landing. People were amazed with the landing, but even more so, the fact that advancements to technology has allowed "people right around the world to see and hear this landing on the moon."

One young Thames boy had the last word: "Gee its fab" was all he said.

Where were you when men first walked on the moon?
Posted by Althea at 5:20 PM