Thames (NZ): Then & Now Rolleston Street & the Deep Sinker Mine

The Grahamstown end of the town was the home of countless mining ventures. While at the southern end (Shortland), the mining was at times less obvious - with tunnels hidden underground.  The exception being the adits that dottted the western.face of the Karaka (Una) Hill.

Wander along Rolleston Street, head south from the hospital, pass the shops and Bateman's Butcher shop on the corner of Sealey Street. Cross the road and over one hundred years ago you would have seen the Deep Sinker mining venture.

The photograph below, is taken standing on Rolleston Street, looking north towards Sealey and Edward Streets. Spot the houses on the hill centre left - that is Edward Street. While at the far right of the poppet head, the house you can see is at the top of the Sealey Street hill at the corner of Lambert Street. 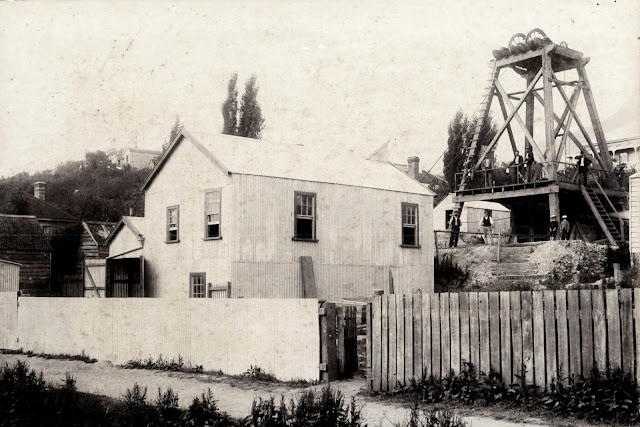 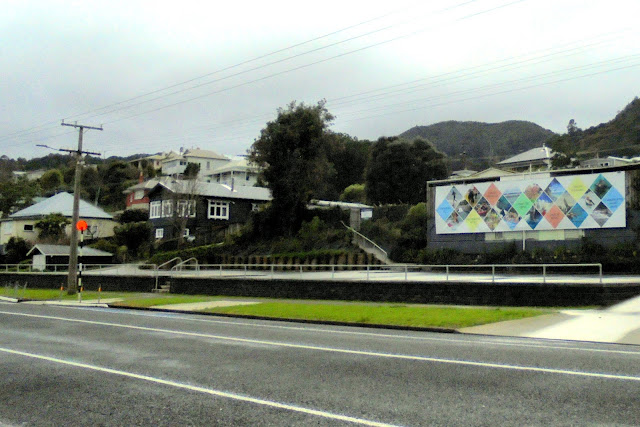 The photograph (2019) above shows the old Deep Sinker Mine area it is now a car park for Thames High School and the community gymnasium. While the school's swimming pool sits on the brow of the hill above the parking area.

Background on the Deep Sinker Mine:
·        The Deep Sinker was part of the Thames Hauraki Scheme. It was located off Rolleston Street and operated from 1896, to explore the southern part of town.
·        The Deep Sinker claim was 93 acres, along the foot of the hills between Shortland and the Una Hill, and adjoining the Queen of Beauty.
·        Difficulties led to the shaft lying dormant until 1906, when the Vanguard Company took over and made extensions to the crosscut with no success. The mine was flooded in 1906.
·        In 1917 tenders were called for to remove buildings and plant at the old Deep Sinker site.
·        In December 1961, there was subsidence at the northern end of the Thames High School Swimming Pool (in the area of the old Deep Sinker Shaft and workings) – a reminder to the town of the danger of old tunnels and shafts.
Posted by Althea at 8:25 PM